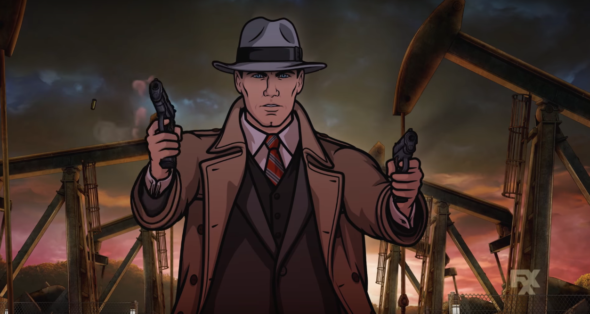 Archer fans, listen up! The series has now been added to FX+, the commercial-free streaming service for the network. The last season of the series will be added to the series before the series returns in February.

FX revealed more about this addition of theFXX series in a press release. Check that out below.

“Archer, FXX’s Emmy(R) Award winning animated series, became available today to subscribers of the FX+ commercial-free service, it was announced today by Chuck Saftler, President, Program Strategy and COO, FX Networks. The first seven seasons of Archer are ready to view on the commercial-free FX+ service. The most recent season, Archer: Dreamland, will be added to FX+ in February ahead of the premiere of the ninth season, Archer: Danger Island.

FX+ is the commercial-free, on-demand hub for all seasons of almost every current and library title of FX and FXX original series. The service is currently available to Comcast Xfinity TV and Cox Contour subscribers who upgrade their service to include FX+ in their video package for $5.99 per month.

In addition to exclusively offering complete in-season stacking rights to all of its current original series commercial free, FX+ makes FX Networks the first basic cable portfolio to offer every season of almost every title in its original series library. FX+ features every season of 31 FX original series or more than 1,300 episodes of award-winning and acclaimed original programs spanning the past 15 years. Due to the number of episodes in the FX Networks library, the shows will be rolled out over a period of time and it is expected that the complete FX+ roster will be available in 2018.”

Will you watch Archer on FX+? Tell us what you think.