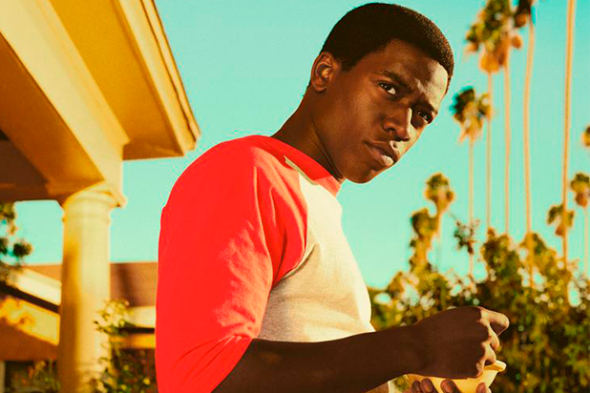 FX is all set for the summer. The network just announced the premiere dates for new seasons of Snowfall, Legion, and Baskets.

Read more info from FX below:

LOS ANGELES, May 2, 2019 – FX Networks has set the premiere dates for its critically-acclaimed series Baskets, Legion and Snowfall, it was announced today by Chuck Saftler, President, Program Strategy and COO, FX Networks. The three series will premiere as follows:

Big changes are underway for the Baskets family. After 49 years, Chip (Zach Galifianakis) decides it’s finally time to move out of his mom’s place. But even with the help of Martha (Martha Kelly) and a life coach, he learns that leaving the nest is hard, to say the least. Christine (Louie Anderson) and Ken (Alex Morris) move into a new place they can call their own, but carpet emergencies and missing kitchen magnets make the transition rockier than expected. And Dale (Zach Galifianakis) has found kindred spirits with his fellow inhabitants at the RV park.

The third season finale saw the Baskets family counting down on New Year’s Eve, as Chip received a phone call from his ex Penelope (guest star Sabina Sciubba), and Ken about to pop the question to Christine. Critics praised the season as “a worthy investment in hilarity and healing” (Hanh Nguyen, Indiewire), and “the best and certainly most affecting thing [Zach Galifianakis has] done” (David Marchese, New York Magazine).

Based on the Marvel Comics by Chris Claremont and Bill Sienkiewicz, Legion is the story of “David Haller” (Dan Stevens), a man who believed himself to be schizophrenic only to discover that he is the most powerful mutant the world has ever seen.

From childhood, David shuffled from one psychiatric institution to the next until, in his early 30s, he met and fell in love with a beautiful and troubled fellow patient named “Syd Barrett” (Rachel Keller). After Syd and David shared a startling encounter, he was forced to confront the shocking reality that the voices he hears and the visions he sees are actually real. With the help of Syd and a team of specialists who also possess unique and extraordinary gifts – “Ptonomy Wallace” (Jeremie Harris), “Kerry Loudermilk” (Amber Midthunder) and “Cary Loudermilk” (Bill Irwin) – David unlocked a deeply suppressed truth: he had been haunted his entire life by a malicious parasite of unimaginable power. Known as “The Shadow King,” this malevolent creature appeared in the form of David’s friend “Lenny Busker” (Aubrey Plaza), but was actually an ancient being named “Amahl Farouk” (Navid Negahban). During an epic showdown, David managed to push Farouk out of his body and gain control of his mind. With Farouk on the loose, the team formed an unlikely alliance with their former enemy, “Clark DeBussy” (Hamish Linklater), and his well-funded government organization, Division 3. Unfortunately, the hunt for Farouk reawakened the dark voices in David’s head, and within them, a lust for power. At odds with everyone he once considered a friend, David enlists the help of a young mutant named “Switch” (Lauren Tsai) whose secret ability is key to his plans to repair the damaged he caused.

It’s the summer of 1984, and it’s season three of Snowfall. Crack cocaine is spreading like wildfire through South Central Los Angeles, continuing its path of destruction and changing the culture forever. Police are waking up to this growing epidemic, and Sergeant Andre Wright (Marcus Henderson) has set his sights on budding Kingpin and next door neighbor Franklin Saint (Damson Idris) and his people.  While local law enforcement fights to stem the tide, Teddy McDonald (Carter Hudson) and the CIA are working hard to make sure the flow of cocaine into LA doesn’t stop. To continue funding the war against communism in Central America, Teddy will need to find new routes into the United States using Gustavo “El Oso” Zapata (Sergio Peris-Mencheta) and what’s left of the Villanueva family.  As the stakes and losses continue to mount our players truly begin to understand the destructive force they have set in motion, forced to reexamine their own motivations and the cost of continuing forward from here.

What do you think? Do you watch Snowfall, Legion, and/or Baskets? Are you looking forward to the new season(s)?