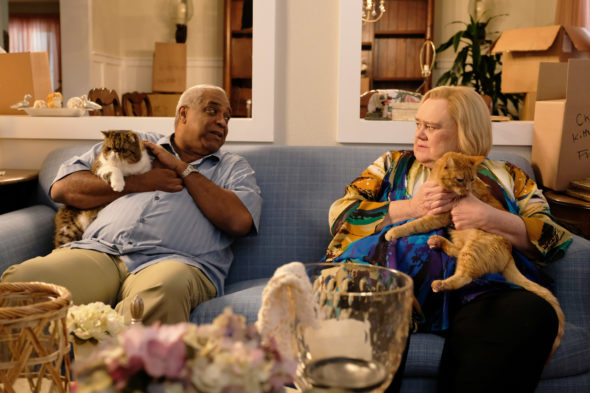 Can Chip make it on his own during the fourth season of the Baskets TV show on FX? As we all know, the Nielsen ratings typically play a big role in determining whether a TV show like Baskets is cancelled or renewed for season five. Unfortunately, most of us do not live in Nielsen households. Because many viewers feel frustration when their viewing habits and opinions aren’t considered, we’d like to offer you the chance to rate all of the season four episodes of Baskets here. *Status update below.

An FX black comedy, Baskets stars Zach Galifianakis, Louie Anderson, and Martha Kelly, with Alex Morris recurring. The surreal series centers on rodeo clown Chip Baskets (Galifianakis), his twin, Dale (Galifianakis), and mother Christine (Anderson). In season four, Chip decides it is high time to move out, but has a hard time adapting, despite the help of Martha (Kelly) and a life coach.

What do you think? Which season four episodes of the Baskets TV series do you rate as wonderful, terrible, or somewhere between? Should FX cancel or renew Baskets for a fifth season? Don’t forget to vote, and share your thoughts, below.

*8/1/19 update: FX has announced that the Baskets TV show is ending with season four.