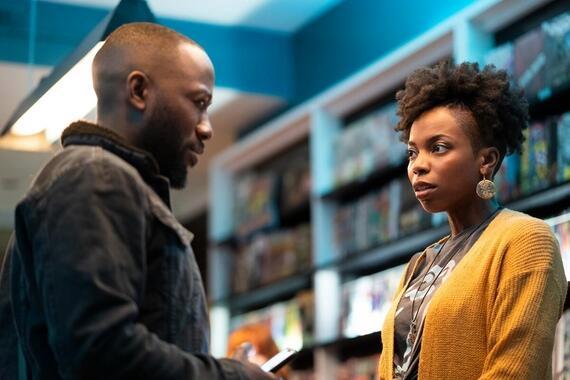 Will Keef’s life be turned completely upside down in the first season of the Woke TV show on Hulu? As we all know, the Nielsen ratings typically play a big role in determining whether a TV show like Woke is cancelled or renewed for season two. Hulu and other streaming platforms, however, collect their own data. If you’ve been watching this TV series, we’d love to know how you feel about the first season episodes of Woke here. *Status Update Below.

A Hulu live-action comedy series that mixes in some animated sequences, Woke is inspired by the life and work of artist Keith Knight. He created the show with Marshall Todd. The show stars Lamorne Morris, T. Murph, Blake Anderson, T. Murph, Lara Goldie, and Sasheer Zamata. In the story, Keef Knight (Morris) is an African-American cartoonist who unexpectedly finds himself on the verge of mainstream success. Keef typically makes a point of avoiding controversy but one day, he’s wrongly detained by overly-aggressive police while hanging flyers to promote his comic. Traumatized, Keef gains the ability to hear the thoughts of inanimate objects. With a fresh outlook on the world around him, Keef must now navigate the new voices and ideas that confront and challenge him, all without burning the professional and personal relationships he’d previously built.

What do you think? Which season one episodes of the Woke TV series do you rate as wonderful, terrible, or somewhere between? Do you think that Woke on Hulu should be cancelled or renewed for a second season? Don’t forget to vote, and share your thoughts, below.