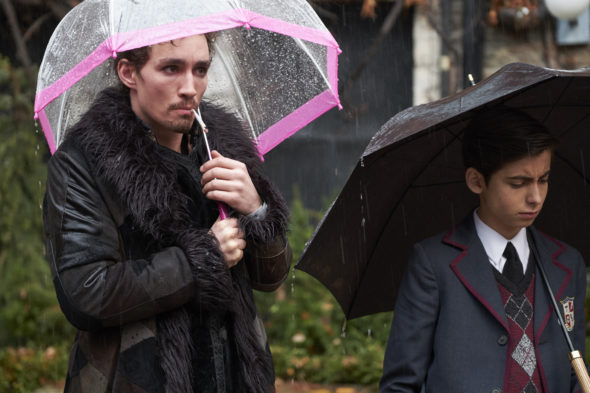 Hold on! It’s gonna get messy. Netflix has renewed The Umbrella Academy TV show for a second season, as expected. Watch the renewal announcement, below. It’s a good thing The Umbrella Academy was renewed for season two, as the first installment ended on a cliffhanger of epic proportions. Since the series premiere, on February 15th of this year, rumor has it The Umbrella Academy has performed quite well for Netflix, and out-paced their other superhero offerings.

The Umbrella Academy Renewed for Season Two on Netflix

What do you think? Have you watched the first season of The Umbrella Academy TV series? Will you stream the second season, now that it has been renewed?

Took me a couple of episodes but I really got into it’s story and characters. The casting was just excellent. Glad it will be back!

Hooray! Loved the first season! Can’t wait to see what psychotically awesome shenanigans the Hargreeves bunch get into!