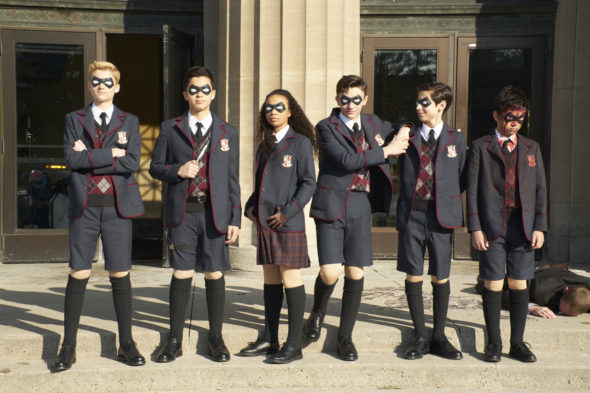 The superhero centers on an unusual group of people adopted by Sir Reginald Hargreeves (Colm Feore) and trained to save the world at his school, The Umbrella Academy. Now that they’re all grown up, they’ve reunited to solve the mystery behind Sir Reginald’s death and stave off global apocalypse. The cast also includes Ellen Page, Tom Hopper, Robert Sheehan, Emmy Raver-Lampman, David Castañeda, and Aidan Gallagher.

On The Umbrella Academy, Arya will be playing “Lila, a chameleon who can be as brilliant or as clinically insane as the situation requires,” Gatewood has been cast as “Raymond, a born leader with the smarts, gravitas, and the confidence to never have to prove it to anyone,” and Ireland will portray “Sissy, a fearless, no-nonsense Texas mom who married young for all the wrong reasons.”

Netflix has not yet announced a premiere date for season two of The Umbrella Academy.

What do you think? Are you a fan of The Umbrella Academy? Will you watch the new season?

I the the Umbrella Academy! Great characters and so much more they can do with spin off stories. Come on – don’t give up on another great series Netflix!! PLEASE! Think about the fans, your audience, your subscribers.

I love this show, glad it’s coming back on.

Cant wait for season 2 to begin Love It!

Cant wait for season 2 to begin Love It!

Yes this is a great series keep showing your toes waiting for the next one.

Yes! I will definitely watch it!

I cannot wait for season 2. I enjoyed season 1 so much that it made me want to see more.