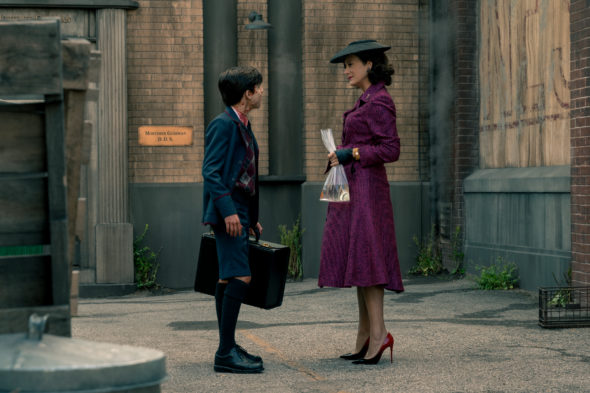 A Netflix superhero action-adventure series based on the Dark Horse Comics graphic novels created and written by Gerard Way and illustrated by Gabriel Bá, The Umbrella Academy stars Ellen Page, Tom Hopper, David Castañeda, Emmy Raver-Lampman, Robert Sheehan, Aidan Gallagher, Justin H. Min, Colm Feore, Adam Godley, Ritu Arya, Yusuf Gatewood, Marin Ireland, and Kate Walsh. The mystery comedy-drama centers on an unusual group of people adopted by Sir Reginald Hargreeves (Feore) and trained to save the world at his school, The Umbrella Academy. All grown up, they reunite to solve the mystery behind Sir Reginald’s death and stave off a global apocalypse. In the second season, the siblings have been scattered in time, back to 1960s Dallas. They must find a way to reunite, figure out what’s caused a nuclear doomsday, stop it, and return to the present timeline — all while being hunted by a trio of ruthless Swedish assassins.

*11/11/20 update: The Umbrella Academy has been renewed for a third season.