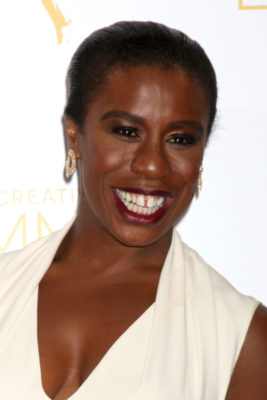 Uzo Aduba is coming to FX. Deadline reports the Orange is the New Black star has joined season four of Fargo.

The new season of the anthology series will be set in 1950s Kansas and explore “the crossroads and collision point of two migrations, Italians coming from Italy and African Americans fleeing the south to escape Jim Crow, both fighting for a piece of the American dream as two controlling crime syndicates.”

I have not watched it, but I will now. Love that crazy eyes

I’ve never missed a Fargo yet. Loved the movie and all the subsequent series. I’ll definitely continue watching

Chris Rock is the only familiar actor. But I will watch Fargo.

I will definitely watch the new season I’ve watched every season so far. Can’t wait to see this one.