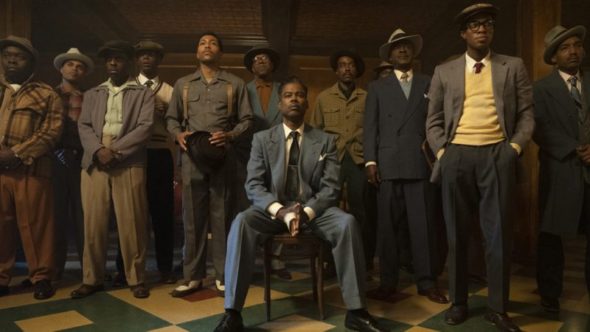 Can a truce be acheived in the fourth season of the Fargo TV show on FX? As we all know, the Nielsen ratings typically play a big role in determining whether a TV show like Fargo is cancelled or renewed for season five. Unfortunately, most of us do not live in Nielsen households. Because many viewers feel frustration when their viewing habits and opinions aren’t considered, we invite you to rate all of the fourth season episodes of Fargo here.

What do you think? Which season four episodes of the Fargo TV series do you rate as wonderful, terrible, or somewhere between? Do you think that Fargo should be cancelled or renewed for a fifth season on FX? Don’t forget to vote, and share your thoughts, below.

Please stop this whinny such a great show agree with you all season 1 was best but change story not a lot of shows out there can pull it off worth watching this season seen when first started really good. Boost the ratings need it.

By far the worst season of Fargo ever. Each season is a little worse than the last. To be fair the first is hard to beat. There is so much posturing and forced weirdness and so-so acting I keep hoping something interesting will happen. After watching 5 episodes I’m out! The producers need to regroup and go back to what made season one so great.

So good season 1 was best with Billy bob thron is villain in show don’t understand why keep change story. Really good haven’t seen 3 years ago. Keep renewing it another season.

Love Fargo, have really enjoyed all series. Hope it doesn’t get cancelled