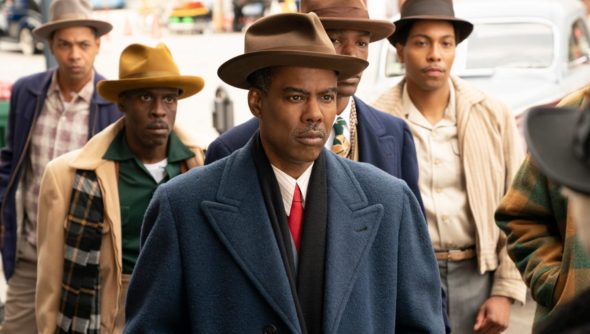 Fargo is in the middle of its fourth season, but will there be a fifth? Creator Noah Hawley recently spoke with Deadline about the future of the FX TV show.

Fargo just debuted its fourth season in late September, so it’s too early to tell about a renewal from FX. Due to a number of reasons, there was more than a two year gap between the end of season three and the start of four. Hawley says he isn’t ruling out the possibility but a fifth season wouldn’t happen right away:

It’s not just one idea you need, it’s a hundred ideas and characters, … so that tends to percolate.

I’ve been going and going for a long time now. I tend to say ‘yes’ to things, thinking I’ll do one thing and then another, and it always ends up that the two things have to happen simultaneously. I put a lot into this show, I have kids, who are at an age where I want to be at home with them.”

What do you think? Are you watching the new season of Fargo? Do you want a fifth?

Please renewed another season so good love this show.

I seriously hope that you have a season 5 of Fargo. Best show on television as far as my household is concerned! Best acting that Chris Rock has ever done too.

Yes I would like to see season 5 of fargo.

Season 1 thru 3 were phenomenal. Season 4 is a complete bore. If it weren’t for the serial killer nurse’s character bringing some excitement to this snooze fest I would’ve already stopped watching. Even the ghost as a twist is forgettable 5 seconds after the scene ends.

Hope the word gets out because Season 4 is great! Just watched 4 Episodes back to back and it is so addictive! Hard to wait a week for next one.

**** I would babysit the creators kids so he can keep making this on going Masterpeice!

As good as the previous seasons so far, but I gotta say…the tendency of FX to put out super long episodes is tough on the tush. Good on them for letting the creators fulfill their visions, but man I need better cushions (or a firmer butt).

When I heard of Rock’s casting, I thought he didn’t have the age or gravitas to play a mob boss but he’s done a good job. And he’s 55! Who knew?

Chris is killing it! ,and Doctor Senator Esquire deserves and award for his (Wiles)

So far the new season of Fargo sucks!!!!
Stay with a more modern theme.. Interconnected with seasons 1.2.and 3

I think they weaved s.4 into s.2’s crime book of the Midwest. It will wrap up nice as usual.

My husband and I agree. Not enjoying the 4th season. Having a hard time wanting to stay with it. Loved 1,2 & 3.

Excellent shows like this should last as long as they remain excellent. Here’s hoping for 20 seasons of “Fargo”.

Yes yes YES! This show has to keep going, lots of possibilitiess for a 5th c’mon! Fargo is great

Did Vargas get away in s.3?