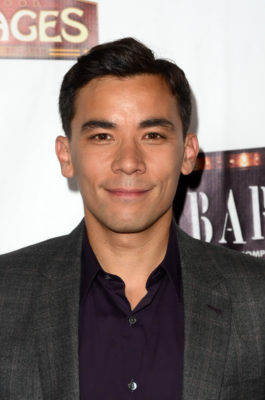 A new face is coming to The Resident. Deadline reports Conrad Ricamora will recur on season four of the FOX TV show.

On season four of The Resident, Ricamora will be playing “Dr. Jake Wong, a handsome gay plastic surgeon, and amateur singer-songwriter in his off-hours. Jake used to be Dr. Bell’s (Bruce Greenwood) stepson half a lifetime ago, but their relationship ended bitterly when Bell divorced his mother.”

FOX has not yet announced a premiere date for season four, but The Resident is still set to return for the 2020-21 season.

What do you think? Do you watch The Resident TV show? Are you excited for season four on FOX?

Yes, I love the Resident. I can’t wait for it to return

I like that program. Looking forward to seeing it again.

This was a good show, not any longer

Yes, this is one of my favorite shows to watch. I am really waiting for it’s return.

This is the best medical drama on TV! Looking forward to it’s return!

Love this show. Can’t wait for it to return!

Ca n’t live without it. Going through withdrawal. Hope it comes back soon!

Mannish is a star

Please write more stories for mannish Dayal. He is more interesting than anyone.

I am happy that Conrad Ricamora will enjoy the Resident. Good luck to the 4 seasons.

Happy to hear Conrad Rickamora is joining The Resident! I really enjoyed him on HTGAWM! He’ll be a great addition to The Resident!