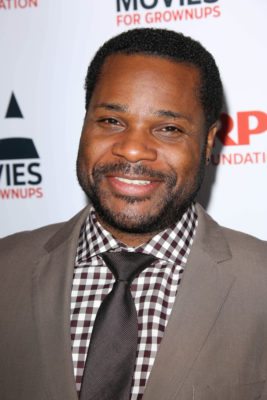 Malcolm-Jamal Warner and Glenn Morshower are moving on up. Deadline reports the two stars of The Resident have been promoted to series regular for season two of the FOX TV show.

Love this show, cant wait to see season 2! It is such an exciting show, my husband and I both are glued to the sofa when its on tv. Great ending on Season 1. Tv is not the same without it on for the summer.

Love this show ….So excited for the new season, but really not liking the arrogance of the new character played by Mr Warner . Just not sure where this fits in with the others Could get old very quickly….
Anxiously awaiting the new season, Monday’s nights are not the same !

Love love love this show….so happy there is a season 2!!!

Superb choice in appointing Glenn Morshower, one of the most underrated actors out there.

He will add something special to what is an already great show.

Likewise the arrogance of the character played by Malcolm-Jamal Warner will add spice to stories.

Definitely watching The Resident Season Two – loved Season 1. Hope this series continues for many seasons – at least as long as Grey’s Anatomy!!!!

I love The Resident. It is one of my guilty pleasures.

Definitely will watch Season 2…. I loved season one, which I saw from the first episode right through to the last moment of the season.

I am so excited that the Resident has been renewed for Season 2. It quickly became one of my very favorite TV series and I just can’t say enough good things about the actors as well as the plots. Keep it coming.

I can’t wait for Season 2! I’ve been watching Season 1 episodes.

The Resident is an incredible show…Exceptional acting…fabulous plots…Thank you for renewing this well worth watching program!!!