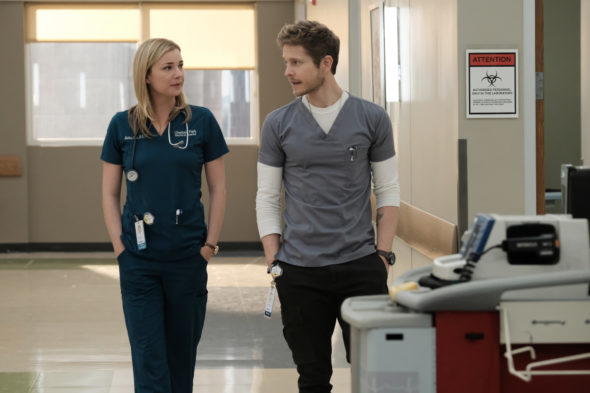 On The Resident, Giovanni will be playing fitness teacher Andrea Braydon, Cantor has been cast as “Zip, the father of Grayson (Radek Lord), a wealthy, successful businessman who is sometimes neurotic and cloying”, Chan will portray Austin’s adoptive father, Yee Austin, and Westbrook will play “Adaku Eze, Mina’s (Shaunette Renée Wilson) strong-willed friend with an adventurous spirit.”

Season three of The Resident premieres on FOX on September 24th at 8 p.m. ET/PT.

What do you think? Have you seen The Resident? Will you watch the new season?

I will be tuned in to The Resident. I really hated Nina was written out. She and AJ were the perfect couple! They are what kept we watching, then the wedding was spoiled when she was written out!

This is my favorite medical show. I love Matt Czuhury in everything he does but he’s excellent in the Resident!

Cluttering the cast with too many characters is a sign the writers/producers would rather show the audience shiny new things rather than develop existing characters. Not a good sign.

Yes I will I watch the prior 2 seasons cant wait

I love The Resident. It’s my favorite show on television these days.

I love this show.
I worked in the Nursing Field for 18 yrs, and I am now retired. This series brings back all the memories of working in the Hospital setting.
I will be definitely be back to watch the new season.

Love this show, I am a retired RN and the stories are awesome, love the cast, can’t wait for season premiere ❤️❤️❤️

Can’t wait for Season 3 have many questions from the finale. Like who died the sister or the dad. I’m so happy it was picked up love the entire cast.
Maryanne

I too am a retired RN and I love this show as well. I am actually going back and viewing ON DEMAND the Second Season! I definitely plan to watch every episode of Season 3!

Absolutely love the Resident! My very favorite show of the season.

Love this show!! I just hope they don’t have the narrarator!

In my household, “The Resident” is must see TV.