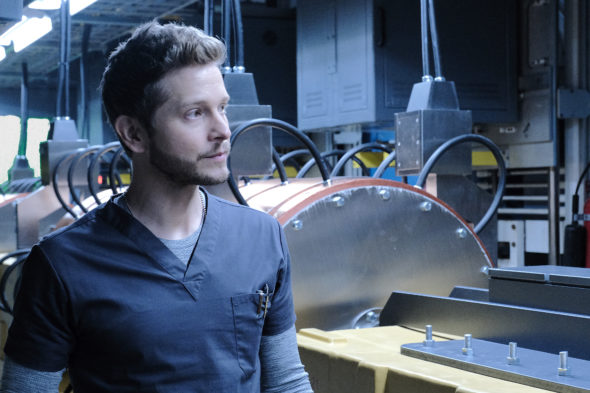 Is the third season of FOX’s The Resident TV show just what the doctor ordered? As we all know, the Nielsen ratings typically play a big role in determining whether TV shows are cancelled or renewed. Unfortunately, most of us do not live in Nielsen households. Because many viewers feel frustration when their viewing habits and opinions aren’t considered, we’d like to offer you the chance to rate all of the third season episodes of The Resident here. *Status update below.

*5/19/20 update: The Resident has been renewed for a fourth season on FOX.

Can’t wait for this excellent medical show to come back. Please don’t ever cancel it.

A well rounded up series with recent news elements well integrated. Very happy it was renewed,

I am a retired Registered Nurse, Certified Case Manager, Certified Expanded Duties Dental Assistant & Medical/Dental Educator who has worked in many varied specialties. Since I have worked in 2 countries in various Hospital & Clinic Departments, Home Health Company, Public Health, & College I am obviously aware that a working day in the areas your writers portray, is a much different experience for the most part than what is seen on your show. However, I have no problem enjoying what you have produced within the confines of your abilities, writers & what appeals to your audience so taking a… Read more »

I really love this show, and I really hope that you choose to keep it on for a while. I don’t see any reason why a medical drama can’t run for many seasons, we have seen proof of that. My only request would be to please be that whenever you do decide to end the show, for the love of all that is good and right in this ugly world give us an ending. It is absolutely horrible to get into a show and have it end with a cliffhanger lol.

Really exposes the corruption that’s rampant in the healthcare industry today. Keep it up!

This is a really good program. I like the characters. Please keep it going!

This is one of the best shows I have seen in a long time.Please keep renewing it. I rate it a 10 hands down.

Glad the resident been renewd