Somebody Feed Phil is coming soon to Netflix, and viewers can now get a sneak peek at the new food and travel series. Phil Rosenthal will take viewers on a trip around the world! He is best known as the creator of Everybody Loves Raymond.

Netflix released new details about the series. There are also a new poster and a preview! Check everything out below.

“The creator of the critically acclaimed series Everybody Loves Raymond serves as a joyful guide and ambassador to every corner of the world. “The most mind expanding thing we can do in life is travel and I’m going to get you to travel by showing you where to eat”. In Phil’s world, joy comes in many forms. From a bowl of noodles to an encounter with a Buddhist monk in Thailand, to a family meal in a riverside hut in Saigon, to an Arab-Israeli co-run bakery in the ancient port city of Jaffa that puts bread before politics, Phil brings a zeal for life and empathy for people that can’t help but make you smile. “Food is the great connector. And laughs are the cement.

Season One of the food and travel series takes Phil to Saigon, Lisbon, Bangkok, Tel Aviv, Mexico City, and New Orleans. On his journeys, Phil gets a seat at the table of some of the most lauded restaurants in the world, as well as some of the most intimate family settings and roadside stands. Phil shares it all with video calls home to his parents who are hilarious voyeurs on every trip.”

Do you plan to check out Somebody Feed Phil? Tell us what you think. 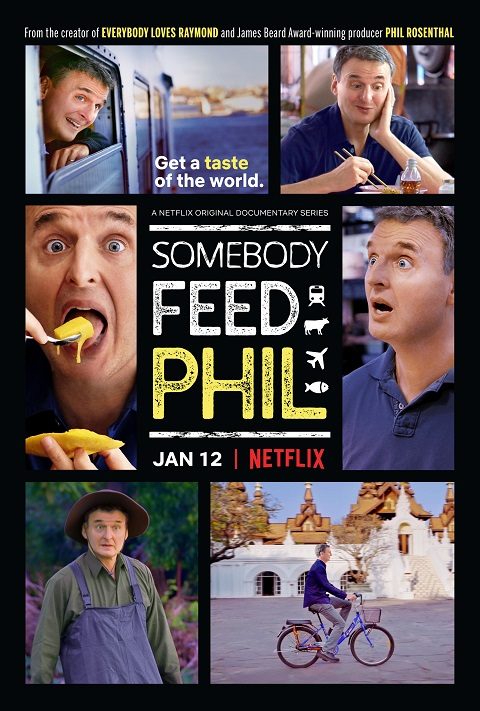 I hope more is to come. Great show.

We love this show