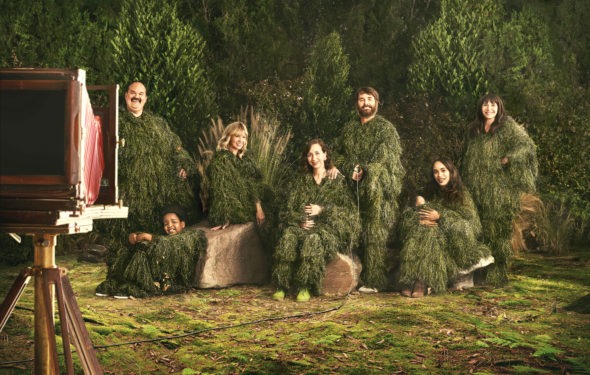 Is the survival of the human race still on Phil’s shoulders? Has The Last Man on Earth TV show been cancelled or renewed for a fifth season on FOX? Telly the television vulture is watch all TV cancellation and renewal news, so this page is a dedicated place to track the status of The Last Man on Earth, season five. Bookmark it or subscribe for the latest updates. Remember, the television vulture is watching your shows. Are you?

Airing on the FOX television network, The Last Man on Earth stars Will Forte, Kristen Schaal, January Jones, Mel Rodriguez, Mary Steenburgen, and Cleopatra Coleman. After a deadly virus devastates the planet, Phil Tandy Miller (Forte) believes he’s the last human alive. Eventually, he finds other survivors and alternates between misery and elation. In season four, to avoid nuclear fallout, the survivors set sail for Mexico, even though none of them know how to pilot the boat. They also have to squeeze in two new passengers, Pamela (Kristen Wiig) and her dog, Jeremy.

Wil FOX cancel or renew The Last Man on Earth for season five? Even after the fourth season is in the can, the show’s a little light on episodes for a good sized syndication package. Based on the ratings, I believe a fifth season renewal is in the cards.  I’ll keep an eye on the Nielsens and update this page with breaking developments. Subscribe for free updates on any cancellation or renewal news regarding The Last Man on Earth.

5/10/18 update: FOX has cancelled The Last Man on Earth so there won’t be a fifth season. Details here.


What do you think? Should The Last Man on Earth TV show have been cancelled? Would you have watched a fifth season of this FOX series?

I have watched the complete box set to see that as an ending ,, come on series 5 needed

It most certainly needs at least one final season (series in the uk)
My wife and I watch all 4 series at least once a year and it never gets boring.
Will anyone from fox see these posts? Probably not.
Would they do anything if they did? Probably not, such a shame.

I must admit, I do not understand how a series can end just like that, it is a brilliant and funny series that could have easily continued a few seasons more.
Oh well yet another series unfinished

I find it ridiculous that they couldn’t have at least given us a season 5 and ended it correctly. So now we’re just stuck with a cliff hanger of a season 4 ending and FOX being totally dipsticks. They should’ve just let the show continue until it found right audience. I’ve watched every season like 5+ times and get angry every time season 4 ends… FOX sucks..

Last edited 4 months ago by Why?
4
0
Reply
mark

it’s so annoying man, someone needs to continue this series, tbh i was engaged because the fact that we did have a lil bit in common with the series, which is virus, also with all the plot it’s so far pretty amazing especially after tandy become less annoying

I hate when you just get into a series and just as it has reached perfection they cancel it. I am going to give up on series as this is the 4th one to cancel on me.

Netflix needs to pick this show up and only have it as a netflix ordeal from season 5 and on. It would have big ratings and bring millions more

How about this idea don’t bring it back but end it properly with like a mini movie 1hr and half. Please send it like that. Please when I saw Tandy wake up I knew I knew he had the half face again I was so excited to see what happens with Mike and Erica. Kw that she’s married to Gail. Please bring it back just to finish it off right.

Great show, bring it back!

I love it. Shouldn’t be canceled