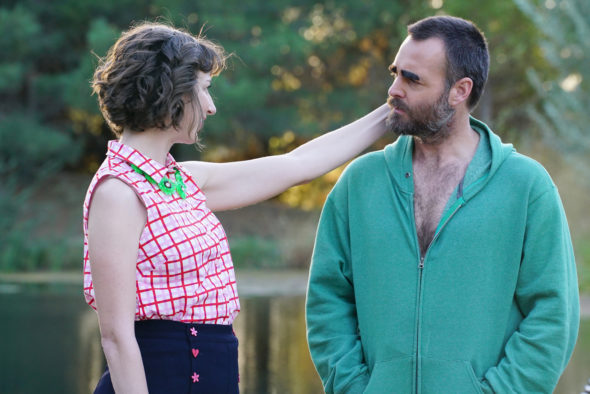 Are you still sad about The Last Man on Earth being cancelled? Recently, star Will Forte revealed plans for what would have been the FOX TV show’s fifth season, Deadline reports.

During an appearance on the Vulture podcast Good Ones, Forte revealed what would have happened if FOX renewed Last Man on Earth for a fifth season:

[These people] went down [into the bunker] when the virus had first started. They had some kind of medical expert or scientist who knew, ‘At this certain point, the virus will be dormant. You’ll be safe to get back out,’ and they had reached that point. Then they see a bunch of stragglers — us — and we represent a real threat to them, because they thought [everyone] was dead, so they quarantine us.”

And how would the series have ended? Forte says there was no specific ending planned but season five would’ve wrapped up the story:

We are immune to the virus, but we’re carriers. And so we would infect them and they’d die like wildfire. And then we’re back to just our little group, and maybe one famous [guest star] we could talk into staying around.

We don’t know how we were going to end the show. We would have found something that would have been fitting for the audience.”

What do you think? Are you a fan of The Last Man on Earth? How did you want the series to end?

Since I’ve started watching this tv series this past few days eventhough I have some work to do bcoz it relieves my stress the way will forte(Phil “Tandy” Miller) strikes his unthinkable logic. It just make you think and it make no sense lol. And when he’s trying to play his guitar and let the company hear him. He just slap the guitar not playing it. Lol. Cliché tune yet different lyrics just to hit the scenario of they’re lives. Lol.

The cast and Crew where outstanding, are professional kind and just a great group of people, from the production to the producers, executive producers, hair and makeup, costume, art Department, set dressing, electrical / grips,AD, PA, Sound Department,FX and last but not least transportation it was my honor to be a part of the security team six months season 3 and All season 4, and personally It was all in part of “Will Forte” Kristen Schaal Mary Steenburgen January Jones, mel Rodriguez and Cleopatra Coleman, I wish them all continuous success and gratitude for being such great nice individuals I… Read more »

I really miss this show. You never knew what was going to happen next. Was it over the top? Yes! But that’s what made the show unique, original. I wanted to see his brother find his soulmate!!

The obvious way to end would be base it in reality. That would be the group killing Tandy for being so over the top stupid that they couldn’t stand it anymore.