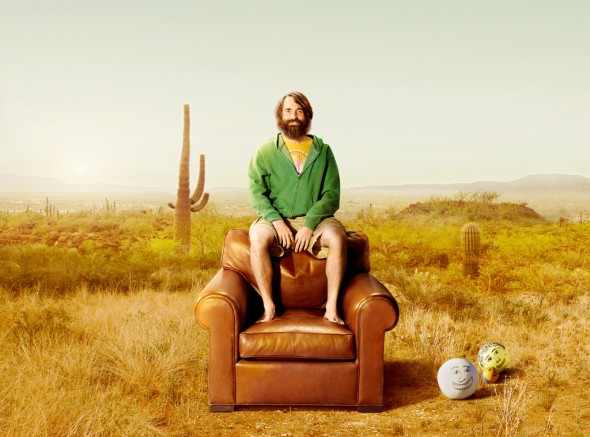 TV show description:
This single-camera comedy follows the life and adventures of an average guy — and humanity’s last hope. He discovers what life is like when no one is telling you what you can and cannot do.

The year is 2020, a deadly virus has swept the planet, and only one man is left on earth — Phil Miller (Will Forte). He used to be just an average guy who loved his family and hated his job.

Now, in his RV, Phil searches the country for other survivors. He’s traveled to every city, every town and every outpost in the United States, Mexico and Canada — and has found no one.

As he returns to his hometown of Tucson, Phil comes to the realization that he is almost certainly the last living being on the face of the earth.

Series Finale:
Episode #65 — Cancun Baby!
After the group learns about the hidden dangers at the mansion, they decide to leave their home in Zihuatanejo, Mexico, and find some place new. (Courtesy FOX.)
First aired: May 6, 2018.

What do you think? Do you like The Last Man on Earth TV show? Do you think it should have been cancelled or renewed for a fifth season?

I feel the same way. Sad isn’t it.

Just found this on a pay-channel … too bad.. was pretty funny… and ended with the opportunity to go on for a while… too bad will miss the laughs

The year is 2020 and we now have a deadly virus… Bring it back Will Forte!

we wაnt more the last man on earth!!!! This is a good watch TV show

I think they should continue making more episodes for “Last Man On Earth”.

Great show. It at least needs a movie to wrap up the cliff hanger it left us with.

You can’t cancel this show it’s one of the best and funniest show out there. All the people playing there characters couldn’t be any better. It’s perfect the whole show.

There has to be more seasons of the last man on earth!! I absolutely love the show!! Please make sure there are more seasons

I loved that show and am so sad to see it go! There was always something unexpected, and the preview at the end of last season was so intriguing! Tandy’s personality was a bit annoying, but other than that the show was great!

One of the very best things I’ve ever had the pleasure to have watched. Criminal it was cancelled when there is so much rubbish on TV.