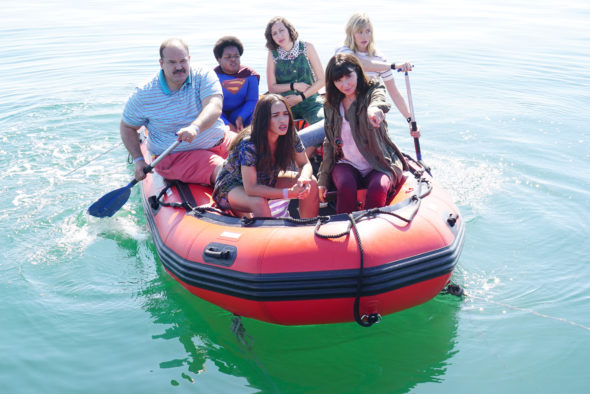 A FOX comedy, The Last Man on Earth stars Will Forte, Kristen Schaal, January Jones, Mel Rodriguez, Mary Steenburgen, and Cleopatra Coleman. After a deadly virus devastates the planet, Phil Tandy Miller (Forte) believes he’s the last human alive. Eventually, he finds other survivors and alternates between misery and elation. In season four, to avoid nuclear fallout, the survivors set sail for Mexico, even though none of them know how to pilot the boat. They also have to squeeze in two new passengers, Pamela (Kristen Wiig) and her dog, Jeremy.

5/10/18 update: FOX has cancelled The Last Man on Earth so there won’t be a fifth season. Details here.

One of my favourites series of all time….I just wish to know what would have happened in season 5. You can’t just leave us hanging.