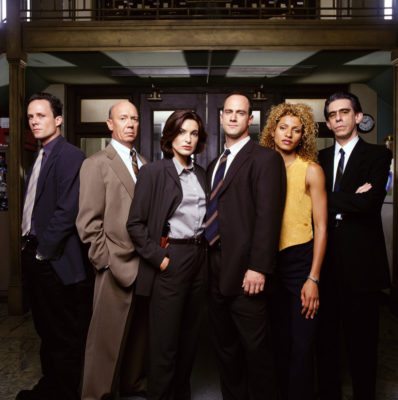 Stabler is back on the case. Deadline reports Christopher Meloni joined a recent table read for a new episode of Law & Order: SVU.

On social media, Law & Order: SVU showrunner Warren Leight posted a photo of a recent episode read-thru featuring Meloni. The former SVU star is, as many fans know, returning to the NBC franchise with his own series: Law & Order: Organized Crime.

Meloni is expected to guest on SVU to help lead into the new show. When viewers last saw the Meloni character, he had retired.

What do you think? Are you a fan of Law & Order: SVU? Do you miss Stabler?

Love Stabler, We can’t wait to see him with Mariska & on his own show !!!

I am Law and Order fan and I truly miss Stabler. I can’t wait to see him in his new series.