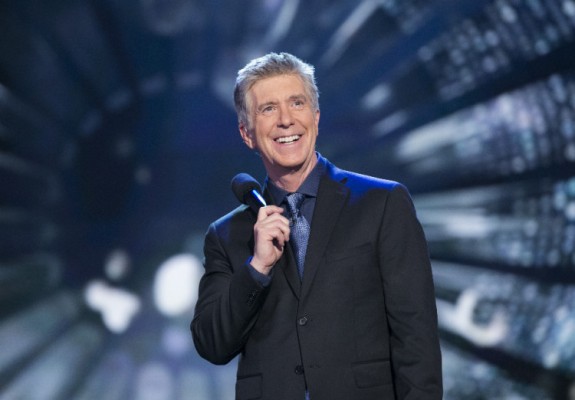 Is Bergeron coming back? Recently, former Dancing with the Stars host Tom Bergeron spoke with TV Guide about the possibility of returning to the ABC TV show.

Bergeron hosted the celebrity dancing reality series from 2005 to 2020 and was replaced with Tyra Banks for the show’s 29th season.

In the interview, Bergeron opened up about being dropped from Dancing with the Stars after 15 years. When asked if there’s a chance he’ll return, he sadly revealed there isn’t:

When people say, “I’m not gonna watch until you’re back,” I say, “Well, there’s really no ‘until’ here.” This train has left the station. I appreciate the sentiment, and I don’t hold it against anybody if they [watch].

Bergeron later reflected on his favorite memories from hosting the ABC TV show, saying his friendships with the cast and crew stand out:

The friendships I have with people who were on camera and behind the camera. I used to throw midseason parties for cast and staff. It helped create a sense of solidarity…and then we’d try to sober up the next day. “

What do you think? Are you a fan of Dancing with the Stars? Do you miss Bergeron on the series?

I’m from Poland. I’m a fan of Dancing with the Stars. I’ve seen all the Polish editions. I am also interested in Dancing with the Stars, because the Polish and American versions started in the same year. The king of the Polish version of DWTS (Taniec z gwiazdami) is Stefano Terrazzino. Stefano is the European Champion of Latino Show Dance. There were 24 editions of DWTS and he was 12, 8 times in the final and 4 wins. This puts him in the third place in the world in terms of the number of wins. Recently, he was in the… Read more »

I din’t have ANY INTEREST in DWTS without Tom Bergeron. Ms Banks needs to stay on the “runway” and not the dance floor—host or not!

I no longer watch DWTS. Used to not miss an episode. Tyra is awful! No Len Goodman; No Tom Bergeron. They can take it off the air totally and I wouldn’t miss it. Whoever is in charge ruined it.