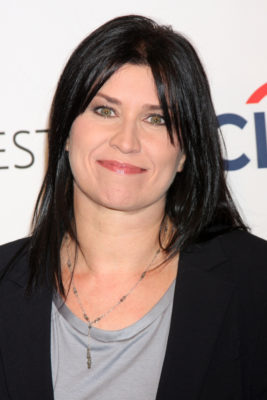 Nancy McKeon is returning to the small screen. This week, ABC announced the Facts of Life star has joined season 27 of Dancing with the Stars.

McKeon played Jo Polniaczek on Facts of Life, which ran on NBC from 1979 to 1988. The hit sitcom followed the students and teachers of an all-female boarding school in New York.

On Good Morning America, McKeon announced she will compete in season 27 of Dancing with the Stars alongside dancing partner Val Chmerkovskiy.

"The Facts of Life" star Nancy McKeon–"We have to say thank you to @Ginger_Zee for loaning me her amazing partner": https://t.co/0wZJnpowI9@DancingABC#DWTS#DancingOnGMA pic.twitter.com/42wt1WdNNO

What do you think? Are you a fan of Dancing with the Stars? Will you watch the upcoming season?

My wife and I would like to get tickets to come to see Dancing with the Stars Its my wife very special Birthday she is having .
Can you please help me to surprise
With thanks