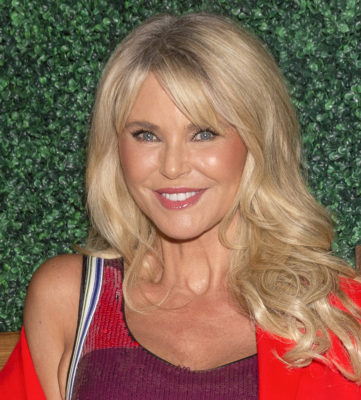 Christie Brinkley will not be dancing after all. ABC just announced Brinkley has been replaced for season 28 of Dancing with the Stars.

According to ABC, Brinkley has dropped out of Dancing with the Stars due to injuries. Her daughter, Sailor Brinkley-Cook, will be taking her place on the upcoming season.

Season 28 of Dancing with the Stars debuts on ABC on tonight, September 16th, at 8 p.m. ET/PT.

While rehearsing for the premiere of ‘Dancing with the Stars,’ Christie Brinkley suffered injuries which required surgery to her wrist and arm. She is unable to continue her planned participation on the show. Keeping it all in the family, her daughter Sailor Brinkley-Cook, a Sports Illustrated model, has chosen to quickly step in with hours to learn the entire routine and will compete in her mother’s place for the remainder of the season. We wish Christie a full and speedy recovery and look forward to seeing her in the audience, whenever possible, proudly supporting Sailor.”

What do you think? Are you a fan of Dancing with the Stars? Will you watch the new season?

I wish I could watch DWTS but ABC pulls it from all Direct TV telecasts.