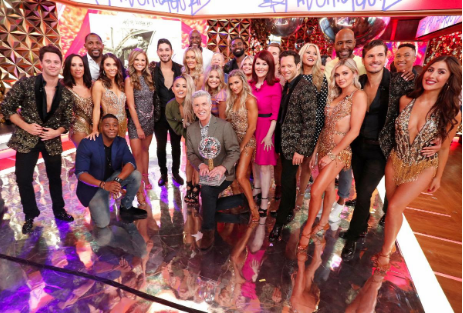 Who’s ready to lace up their dancing shows? ABC just announced the celebrity lineup for season 28 of Dancing with the Stars.

Season 28 of Dancing with the Stars debuts on ABC on September 16th at 8 p.m. ET/PT.

Watch the cast announcement and read more info below:

With a lineup of celebrities including a supermodel, a former White House press secretary, a Bachelorette, pro-athletes from the NFL and NBA, a Supreme and a TV icon to name a few, “Dancing with the Stars” is waltzing its way into its highly anticipated upcoming 2019 season. For the first time ever, viewers will have to tune in to the season premiere to find out with whom their favorite professional dancers are paired. This season also features the return of a loved pro, Peta Murgatroyd, and two new professional ballroom dancers. Episodes can also be viewed the next day on ABC.com, the ABC app and Hulu. “