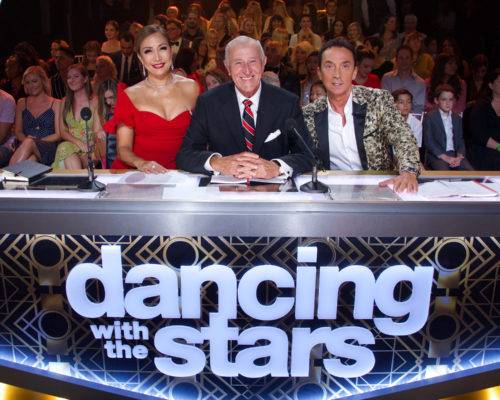 Is it time for the dancers to take a break? Has the Dancing with the Stars TV show been cancelled or renewed for a 29th season on ABC? The television vulture is watching all the latest cancellation and renewal news, so this page is the place to track the status of Dancing with the Stars, season 29. Bookmark it, or subscribe for the latest updates. Remember, the television vulture is watching your shows. Are you?

What do you think? Are you glad that the Dancing with the Stars TV show has been renewed for a 29th season? How would you feel if ABC had cancelled this TV series, instead?

My husband and I have watched every season since the beginning. It started to go downhill when Bobby Bones won and just shouldn’t have been there in the finals. I’m happy that the producers listened and let the judges save a couple each week. I’m happy when someone who can’t dance is scored low enough that the fans can’t save them. I do think there needs to be a way to include the west coast. I Don’t think The Bachelor/ Bachelorette should be in this show. They are not Stars. I Don’t think that ABC should be trying to promote… Read more »

I am pleased to be able to tell someone my displeasure Over dancing with the stars this season. I was upset that you released your two previous hosts who I look forward to almost as much as watching the dancers. Tara Banks is not a suitable hostess. She is overly dramatic and I have to say I turned it off after 10 minutes into the show because I can’t stand watching her.

I for the life of me can’t understand why you would put a woman who could be a potential murderet on your show..I definately won’t be watching this season…I still can’t believe it..

I have really enjoyed DWTS and would be very upset because it is a great picker upper on some very busy days. I really look forward to watching it weekly!!

No way would it be cancelled. 😉 I’m hoping for at least 30 seasons altogether. #SaveDancingWithTheStars

Cancelled??? Noooooo !
Renewed for 29th season? yeah!!
I can’t wait to enjoy another season. Been a loyal fan since S1E1 back in the 80’s.

Actually, DWTS premiered in 2005. Either, if season 29 is official, let’s just hope it’s not the farewell season. #SaveDancingWithTheStars

I didn’t watch last season because I thought the person that won did not deserve it and they cut 2 of my favorite pros. But I was looking forward to watching again.

As long as ABC dosen’t make season 29 the farewell season like Fox did with American Idol in 2016.

Never mind, I’ll reword this: When DWTS season 29 is confirmed, let’s just hope it’s not the farewell season. Remember when Fox cancelled American Idol in 2016? If ABC makes Dancing with the Stars’ 29th season the farewell, fans will be heartbroken.

When season 29 is announced, let’s just hope ABC doesn’t make it the “farewell season” like Fox did with American Idol in 2016.

I will definitely watch it! I pretty much ignore the voting/results. I so enjoy the dancing.

The voting was changed. Put it back the way it was. Yes I would watch season 29

Replace the judges and keep our dancers and bring Sharna back

Dear ABC,
Please let ‘Dancing with the Stars’ fanatics know when the “red-hot” dancing competition is renewed for season number 29.

CANCEL TOO MANY DANCING SHOWS AND SINGING SHOWS!!!! Enough all ready !