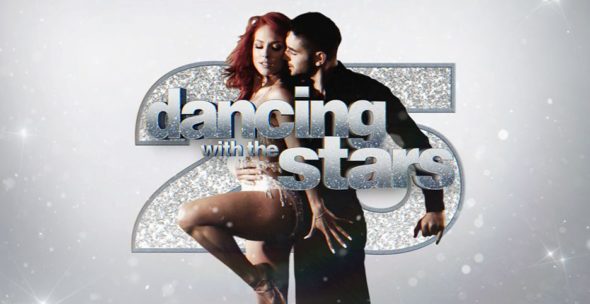 Is the music winding down? Has the Dancing with the Stars TV show been cancelled or renewed for a 26th season on ABC? The television vulture is watching all the latest cancellation and renewal news, so this page is the place to track the status of Dancing with the Stars season 26. Bookmark it, or subscribe for the latest updates. Remember, the television vulture is watching your shows. Are you?

There’s no need to worry whether Dancing with the Stars will be cancelled or renewed in the near future, since ABC already picked up season 26, last spring. Still, I will keep an eye on the ratings and update this page from time to time. Because the television vulture is watching, subscribe to receive free email alerts on Dancing with the Stars cancellation and renewal news.

3/13/2018 update: In addition to the All-Athletes Edition premiering on April 30, 2018, Dancing with the Stars has now been renewed through season 27 on ABC. Details here.


What do you think? Are you glad that ABC has renewed its Dancing with the Stars TV show through the 26th season? How long do you expect this competitive reality TV series to last?

I love dancing with the stars please don’t take it off the air, I love the cast the host & Hostess, I live the judges, I watch all the time

I hope the dwts is never cancelled

Still my favorite reality show. Looking forward to both 2018 shows

Whichever pros are back will all be paired with athletes in the spring mini season.

I hope Derek hough is paired with Gracie gold for season 26 along with. Mark ballas paired with Bonnie Blair and I hope This show never goes off the Air