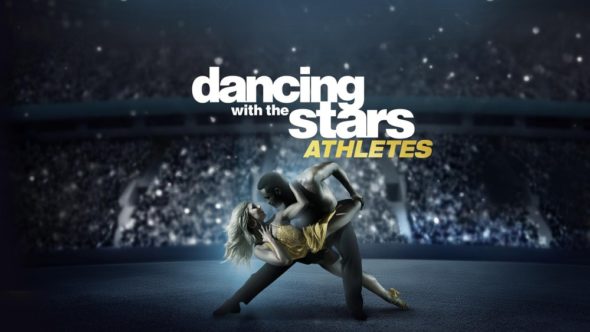 Is this new version of the competition series a home run or a strike out? Has the Dancing with the Stars TV show been cancelled or renewed for a 27th season on ABC? The television vulture is watching all the latest cancellation and renewal news, so this page is the place to track the status of Dancing with the Stars, season 27. Bookmark it, or subscribe for the latest updates. Remember, the television vulture is watching your shows. Are you?

The series has already been renewed for a regular, 27th season for Fall 2018. However, The ratings are way down so I wouldn’t expect to see another all-athletes season too soon. Subscribe for free alerts on Dancing with the Stars: Athletes cancellation or renewal news.

What do you think? Are you glad that Dancing with the Stars has been renewed for season 27? Are you hoping that ABC will air another Athletes edition?

I am a huge HUGE fan of DWTS!!! I can’t wait for the new fall season!!

I do not like this addition, I would rather see people who are learning to dance, not athletes that are skilled.