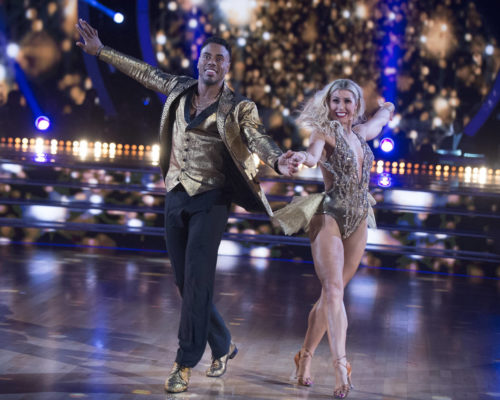 ABC has already renewed Dancing with the Stars for a 26th seasons, which is slated to premiere in fall 2018. However, for fans that can’t wait, an “All-Athletes Edition” special is set to debut on April 30th at 8 p.m. ET/PT.

DANCING WITH THE STARS
Hosted by two-time Emmy-winning host Tom Bergeron and Erin Andrews, “Dancing with the Stars” is the hit series in which celebrities perform choreographed dance routines that are judged by a panel of renowned ballroom experts.

On three of its final four Monday telecasts during the fall, “DWTS” stood as the night’s No. 1 unscripted program in Total Viewers, beating NBC’s “The Voice.” In addition, on its fall finale, “DWTS” drew its biggest audience and matched its best young adult rating since its season premiere.

“Dancing with the Stars” is produced by BBC Worldwide Productions. Andrew Llinares and Ashley Edens-Shaffer are executive producers.”

What do you think? Are you a fan of Dancing with the Stars? Which celebrities would you like to see compete?

Susan Dey and Tony DeFranco, I would love to see Tony again my teenage crush!!

I think Chris Colfer, Harry Shum Jr., Ross Lynch, and Dylan O’Brien would be interesting to see on the show.

I think that Cody Bellinger would be great! Great footwork and can do lifts. Pair him with Lindsay Arnold! She has great choreography and is very creative! The two would go far. Plus, they are close in age!

I would like to see Wayne Brady, Jonathan Mangum, Tiffany Coyne from let’s make a deal compete or even Reba McEntire or Melissa Peterman from Reba compete

Would like to see some runners up from previous seasons compete against each other to see who comes out on top!

That would be a good show.

I would love to see a “SOAPS” DWTS. There are so many hot, sexy soap opera stars.

I am watching DWTS season 26 and I do not like the way they are breaking it down to the abbreviated season. It’s taking away from the program. Not giving done of the performers a Chance to improve.

Of course it should stay on. One of the best shows on TV

Stupid question. Of course it should be renewed

DWTS is my very favorite TV show; I hope it never goes off the air. I would like to see some country music stars chosen to compete. It would be fun to see Faith Hill and Tim McGraw compete the same season. Also Trisha Yearwood and Garth Brooks. How about actress Lori Loughlin (?ecky from “Full House).

I like the show, I will be watching, but I agree with Mary Lee NO dance experience would make it a better show.

I feel they should find celebrities with NO dance background. It seems broadway performers and gymnastics have an unfair advantage and always start strong and win. It would be more exciting and less predictable if everyone started from scratch.

I am glad dwts is still going to be on hope it never goes off I like to see Derek hough and opera the tv show host season 27 dwts Mark ballas and Meaghan trainer a dancer and singer Derek hough with talyor swift Mark ballas with. Brittney spears Derek hough with mondonna the singer I love to see Jennifer Lopez on the season 27 dwts I am sure that Derek would come back for her Derek and tori spelling Derek and Lindsay loghan. Shasha and. Betty white Sharna and zac eforn tony and. Paris Hilton Derek hough and Coline… Read more »