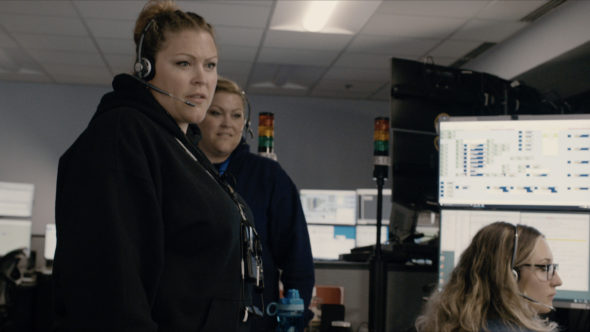 What kinds of calls will we hear in the first season of the Emergency Call TV show on ABC? As we all know, the Nielsen ratings typically play a big role in determining whether a TV show like Emergency Call is cancelled or renewed for season two. Unfortunately, most of us do not live in Nielsen households. Because many viewers feel frustration when their viewing habits and opinions aren’t considered, we invite you to rate all of the first season episodes of Emergency Call here.

An ABC unscripted TV series, Emergency Call documents the first few crucial minutes of emergencies as told through the lens of America’s 911 call takers. An estimated 240 million calls are made every year to 911 call centers across the country. Hosted by actor Luke Wilson, the program follows the dramatic moments leading up to the arrival of help rather than the events after the firefighters, police, or emergency medical services teams arrive. The series focuses on the extreme, suspenseful, and sometimes humorous stories that flood 911 call centers.

What do you think? Which season one episodes of the Emergency Call TV series do you rate as wonderful, terrible, or somewhere between? Do you think that Emergency Call should be cancelled or renewed for a second season on ABC? Don’t forget to vote, and share your thoughts, below.

In searching shows on ABC site, Emergency Call isn’t even listed. Not holding out hope that there will be a season 2 for this very good program.

Show needs to be renewed. Doing a 5 part series about this show on my podcast, “OK Here Is The Story”. First one airs September 14th.

This show better be renewed or I won’t watch AB C ever again!

I love this show. I’m very glad it’s being renewed.

My wife was a dispatcher for Utah Highway Patrol for 30 years. Emergency Call shows the real thing, unlike fake shows like 911. You should put cameras in the UHP dispatch center in a snowstorm. Non-stop calls for a shift! Please renew this show as it’s the TRUE reality show.

I just discovered this show and absolutely LOVE it! I think the last two episodes were the best but all were good. To see what actually happens from the view of the 911 operators is fascinating, the drama, the professionalism, the compassion, and the humanity. Great drama. Please, PLEASE, renew it for MANY more episodes.