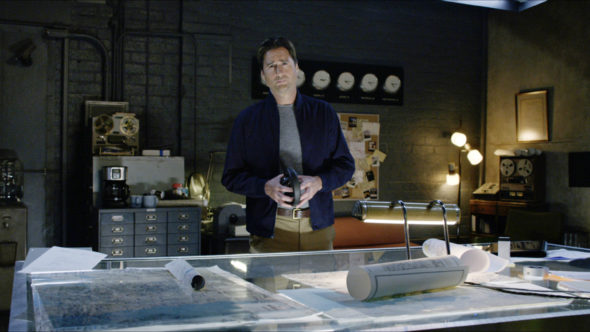 The alphabet network wants more help in its primetime schedule. ABC has announced that the Emergency Call TV show will return to complete its first season of 10 episodes this summer.

A docu-series, Emergency Call follows the first few crucial minutes of emergencies as told through the lens of America’s 911 call takers. An estimated 240 million calls are made every year to 911 call centers across the country. Hosted by actor Luke Wilson, the program follows the dramatic moments leading up to the arrival of help rather than the events after the firefighters, police, or emergency medical services teams arrive. The series focuses on the extreme, suspenseful, and sometimes humorous stories that flood 911 call centers.

Airing for five episodes in early Fall 2020, the first season of Emergency Call averaged a 0.45 rating in the 18-49 demographic and 2.97 million viewers.

What do you think? Did you watch the first season of the Emergency Call TV show? Do you plan to watch season two on ABC?

We absolutely love Emergency Call with Luke Wilson. It’s a wonderful insight to just how hard these heroes work, not to mention anyone whom watches this show can learn how to save someone’s life. Honestly we make sure we are home when it’s time for this show to come on. Definitely make this a part of your lineup. We are excited for season 2. In the words of the Nike contact brand slogan “JUST DO IT!!!!!

Yes, love this show. A job I could NEVER handle!!! Kudos to those people that really do this!!!

I loved this show. It reminds me of when I was a first responder (dispatcher)

Love this show. Makes me miss working dispatch so I hope they come out with more seasons! Great show!

Have watched every episode. The 911 operators do an amazing job. I am glued to the TV during the show. Fingers crossed that emergency call is renewed for another season. My favorite new show.

Great show.. Extremely insightful. Only amazing people do this job!

Yes we watch! One of the best new shows. Please do not show a cpl episodes then take away again. Just too cruel!

I have not watched.

Watched every episode! So glad it is coming back. 🙂

Loved this show! So happy it’s coming back! I hope that there are more episodes in this season though..

I did watch it and it was really good. I like the real life stuff. Will definitely watch it.

I’m happy they brought Emergency Call back for a second season. I really love the show because it is a true “reality” series and not about a bunch of talking heads reading script…that’s soooo boring to me.