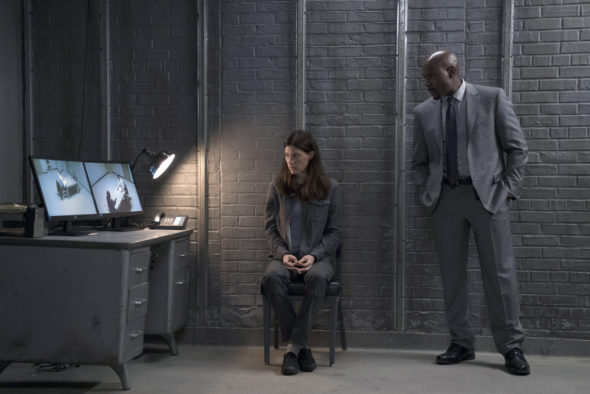 Is NBC feeling friendly toward this series? Has The Enemy Within TV show been cancelled or renewed for a second season on NBC? The television vulture is watching all the latest cancellation and renewal news, so this page is the place to track the status of The Enemy Within season two. Bookmark it, or subscribe for the latest updates. Remember, the television vulture is watching your shows. Are you?

Will NBC cancel or renew The Enemy Within for season two? Although it premiered with positive numbers, the ratings quickly dropped. Still, NBC needs to establish new series and the network has several lower rated shows. I suspect it will be renewed but it could certainly be cancelled. I’ll update this page with breaking developments. Subscribe for alerts on The Enemy Within cancellation or renewal news.

5/30/19 update: NBC has cancelled The Enemy Within TV show after one season.

What do you think? Were you hoping that The Enemy Within TV series would be renewed for a second season? Are you sorry that NBC cancelled this TV show, instead?