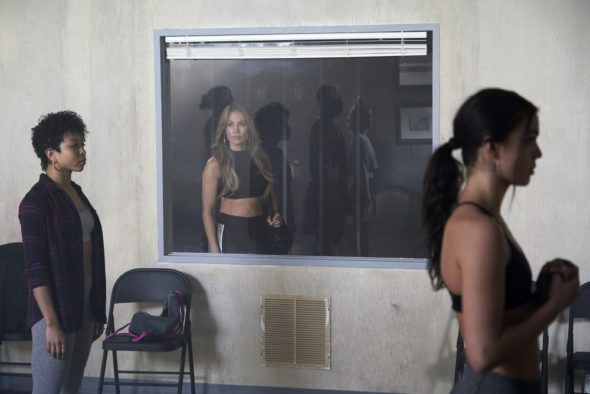 Should the dancers warm up for another go-round? Has the World of Dance TV show been cancelled or renewed for a fourth season on NBC? The television vulture is watching all the latest cancellation and renewal news, so this page is the place to track the status of World of Dance, season four. Bookmark it, or subscribe for the latest updates. Remember, the television vulture is watching your shows. Are you?

An NBC dance competition series, World of Dance is hosted by Scott Evans, with Jennifer Lopez, Derek Hough, and Ne-Yo judging the performances. The series showcases dancers competing for a grand prize of $1,000,000. Elite solo dancers, partners, and full dance crews compete against each other in multiple categories of dance, including hip-hop, tap, ballet, break dancing, ballroom dancing, and stomping.

The third season of World of Dance NBC averaged a 0.84 rating in the 18-49 demographic and 3.69 million viewers. Compared to season two, that’s down by 32% and 35%, respectively. Find out how World of Dance stacks up against other NBC TV shows.

Will World of Dance be cancelled or renewed for season four? The third season got off to a positive start but then, dropped off. I suspect it will still be renewed. I’ll update this page with breaking developments. Subscribe for World of Dance cancellation or renewal alerts.

5/11/19 update: NBC has renewed the World of Dance TV show for a fourth season.

What do you think? Are you glad that the World of Dance TV series has been renewed for a fourth season? How many years do you think this NBC TV show will run?

I actually love World of Dance, and have been waiting for the new season to start. Some of these dancers are incredible, and it gives everyone a chance to see just how awesome they are. These dancers are the best of the best and for once, please don’t cancel a really decent show!!

WORLD OF DANCE MUST CONTINUE ONWARD ! It’s the only show that brings dancers / people WORLDWIDE together for the love of dance , This is an incredible venue for dancers of different ages to share their amazing dance talent INTERNATIONALLY—- promoting/ building healthy comradeship & sportsmanship!

I am a fan of World of Dance, so I am so very happy for the return of another season. Thank you!!!

We are very glad to hear World of Dance is renewed. It’s a terrific show!

I have been anxiously waiting for World of Dance to appear. What is happening? It’s my number one show and I have many shows. I have saved most every show of World of Dance and watch them over and over to get my World of Dance fix. Now look, World of Dance is the highlight of my evening after a long day, and I need that highlight and adrenaline I get from this amazing amazing wonderful ahow. So can I get ready to be amazed and highlighted? When? Because its overdue.

I love world of dance and look forward. It’s next season!!!
The judges and their comradery
The incredibly talented competitors.
Ratings they have an anxious and excited audience waiting for them

I will be sooooo upset if World of Dance gets cancelled. If it is a ratings thing, then perhaps changing the timeslot or when it starts can help. There has been a severe saturation of good shows, new and old, that makes choosing which way to go hard. I like to record and play back WOD because I lack patience to wait out the commercials. Please bring it back. More returning groups will help because then the vuewers are already invested.