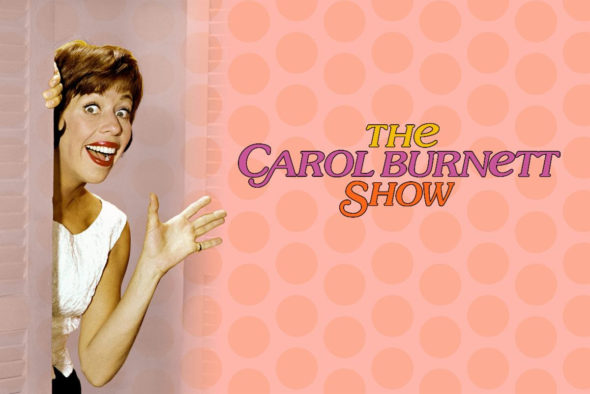 The Carol Burnett Show is finally coming to a streamer. Fans of the series will be able to see all 11 seasons of the comedy series starting June 1.

Shout Factory is releasing the series to various platforms, including Amazon Prime. Find out more about the streaming release in the press release below.

“Shout! Factory TV has announced that on June 1, 2020, all 11 seasons of one of the most acclaimed and influential TV series of all-time, and the winner of 25 Emmy® Awards, The Carol Burnett Show, will be available for viewing on streaming platforms. On May 30 and 31, Shout! Factory TV will kick things off by celebrating the release with a weekend-long marathon.

Many of the episodes included in the streaming release will be available to watch for the first time since the original broadcast, more than 40 years ago. The comedy legend, who celebrated her 87th birthday on April 26, worked with Shout! Factory to find the long-lost masters of these episodes. Now, for the ultimate binge experience, fans will be able to watch all of the show’s episodes and see the evolution of key characters and sketches.

Shout! Factory TV will celebrate the streaming launch by hosting The Carol Burnett Show marathon, which will be streaming curated episodes of the classic show all weekend long on May 30 and 31. The marathon can be viewed on ShoutFactoryTV.com; Shout! Factory TV’s Roku, Amazon Fire, Apple TV, and Android apps; and the following digital streaming platforms: Twitch, Samsung TV Plus, Comcast Xfinity, Xumo, YouTube, Redbox, Vizio, Pluto TV, IMDb, and STIRR. Viewers will also be able to chat live on Shout! Factory TV’s Twitch channel and the Shout! Factory YouTube channel, and answer trivia questions on Twitter @ShoutFactoryTV.

Carol Burnett and her star cast of Vicki Lawrence, Tim Conway, Harvey Korman, and Lyle Waggoner were among the originators of the sketch comedy format. Cited as one of the best TV shows of all time by TV Guide, Entertainment Weekly, TIME, Rolling Stone, and others, The Carol Burnett Show was coming to the end of its 11-year run just as Saturday Night Live was starting in 1975.

From Season 1’s first ‘Carol & Sis’ sketches, with a teenage Vicki Lawrence playing a character based on Carol Burnett’s real-life sister, and ‘As The Stomach Turns,’ a soap opera parody which ran for all 11 seasons, to the evolution of Tim Conway’s “Oldest Man” character, which he introduced in Season 2 and performed nearly 20 times over the course of the series, The Carol Burnett Show made a lasting impression on its audience.

Some of the most beloved sketches from the series include the iconic “Gone With The Wind” parody ‘Went with the Wind,’ the ongoing Conway/Burnett sketch ‘Tudball & Wiggins,’ Harvey Korman’s ‘Mother Marcus,’ where he played a Yiddish grandmother based on his own real-life grandmother, ‘The Charwoman,’ Carol Burnett’s signature character, and the classic Conway/Korman sketch ‘The Dentist,’ where Conway’s ad-libs made Korman crack up uncontrollably.

Carol Burnett continues to inspire her fans, and her brilliant comedic work resonates as much as ever. She is a past recipient of the Kennedy Center Honors, and the Mark Twain Prize for American Humor. The Golden Globes created The Carol Burnett Award in 2018, which was presented to Carol in 2019, and to Ellen DeGeneres in 2020. She continues to tour regularly, taking audience questions in a nod to The Carol Burnett Show.

Check out a video promoting the release of The Carol Burnett Show below.

What do you think? Did you watch this comedy?

Yes, Yes, Yes. I love Carol Burnett. Her show has to be one of the funniest shows ever created. The comic geniuses she had were amazing. Tim Conway and Harvey Korman were probably the best duo ever. How they were able to do their slots was so fun to watch. Plus it was crab humor too. Can’t wait for the streaming to start.

Season 11 isn’t included with prime and none of the episodes are on the website, they’re only on prime. Season 11 is missing from it.