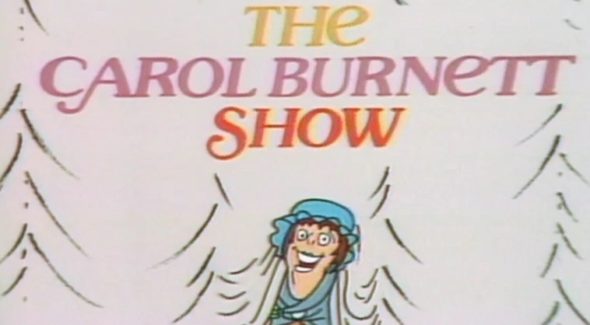 The Carol Burnett Show is celebrating a major milestone. The show is marking its 50th anniversary with a return to television. Episodes of the comedy will air on television next week. September 11 marks the anniversary of its premiere.

MeTV revealed more about the weeklong celebration in a press release. Check that out below.

“Fifty years ago this September 11, Carol Burnett broke through the variety comedy glass ceiling to become a superstar with one of the greatest television shows of all time, The Carol Burnett Show.  In honor of Ms. Burnett’s historic achievement and her ongoing legacy, MeTV presents “Carol Burnett’s Golden Anniversary”, a special weeklong tribute event. Each weeknight beginning Monday, September 11, through Friday, September 15, MeTV will air an episode featuring a different iconic character or skit that helped define the future of sketch comedy. Episodes will air at11:00pm ET/PT. (A list of episodes included appears at the end of this release.)

“Carol Burnett had already proven herself as a great talent on The Garry Moore Show and in her own television specials. And yet, she ran into resistance when she wanted to host and star in her own weekly sketch comedy and variety show. The industry at the time considered variety comedy a ‘male genre.’ She refused to take no for an answer – and the result was a groundbreaking hit, 25 Emmy Awards, a successful spin-off, and decades of timeless, memorable entertainment. She also paved the way for today’s brilliant women in sketch comedy. That is a cultural milestone worth celebrating,” said Neal Sabin, Vice Chairman of Weigel Broadcasting Co.

Earlier this year, Ms. Burnett was honored at The Paley Center’s Women in Television Gala. At the event, she recounted that when she started the only fellow female who was big in television comedy was Lucille Ball, a pioneer and mentor to entrepreneurial women in entertainment. She recounted to the gala crowd that she was told “variety was a man’s game” and that comedy wasn’t for women. The network was worried she wouldn’t last a season. The Carol Burnett Show ran for eleven. Carol Burnett has also been honored by the Kennedy Center and is a recipient of the Mark Twain Prize for American Humor.

The Carol Burnett Show premiered in September 1967 and aired for more than a decade, ending its original run in March 1978. In addition to Ms. Burnett, the show’s cast included fellow comedy great Harvey Korman, then newcomer Vicki Lawrence, and Lyle Waggoner, a heartthrob actor who had been working regularly in television and film. The show later added announcer Ernie Anderson and Tim Conway of McHale’s Navy fame, who was in most rare form whenever he performed opposite Korman.

Television viewers fell in love with the show’s outlandish characters in recurring sketches, and with Carol Burnett. Ms. Burnett developed an exceptionally close relationship with her viewers, in part through the unrehearsed, candid Q&A sessions she held with her studio audience. She also concluded each episode with a personal touch, crooning an appreciative tune to viewers in the studio and at home then signing off with her signature ear tug. The show also regularly featured a diverse assortment of popular guest stars from the intersecting worlds of comedy, film, television, music, and the dramatic stage. Guests ranged from Lynn Redgrave and Peter Lawford, to Steve Martin, to The Jackson 5.

After the conclusion of The Carol Burnett Show’s original run, four postscript episodes aired in 1979 under the title Carol Burnett and Friends (which also became the title of the original show in syndication). The cast was reunited over the years for three different specials and Vicki Lawrence starred in the hit spin-off Mama’s Family, which also currently airs on MeTV, America’s #1 classic television network.  A reboot of The Carol Burnett Show was attempted in 1991, but the television environment had changed and what remained of the sketch/variety show genre was dominated by edgier fare likeSaturday Night Live and In Living Color. Still, television viewers never stopped loving the original show or the wickedly funny Burnett with her Tarzan yell. The show has remained successful in syndication asCarol Burnett and Friends.

The “Carol Burnett’s Golden Anniversary” schedule and episode line-up is as follows. All episodes air in their regularly scheduled time periods at 11:00pm ET/PT.

My, those draperies look fetching. Carol and the gang parody the classic film Gone with the Wind with Carol playing Scarlet O’Hara in “Went with the Wind.”

Carol’s sweet niece visits only to discover she’s possessed in this parody of The Exorcist in the recurring sketch “As the Stomach Turns.”

Mr. Tudball (Tim Conway) tries to teach Mrs. Wiggins (Carol Burnett) how to use the intercom.

Eunice, Ed, and Mama play the game “Sorry!” in “In the Family,” the sketch that gave birth to the successful spin-off Mama’s Family.

Are you a fan of this classic series? Will you watch episodes on MeTV? Tell us what you think.

We would like Taxi episodes, as well as Carol Burnett.