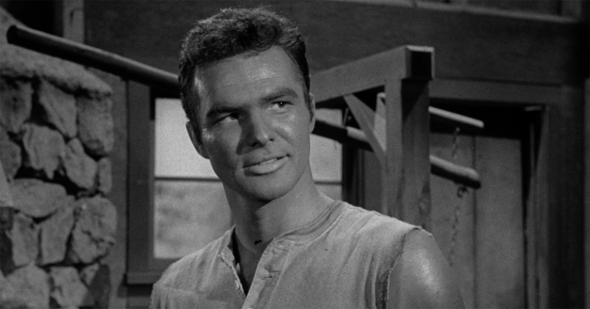 Burt Reynolds is gone but not forgotten. Today, MeTV announced they are airing a Gunsmoke marathon next week in honor of the late actor.

Reynolds, who passed away this week at the age of 82, played Quint Asper on Gunsmoke from 1962 to 1965. The Western drama ran on CBS from 1955 to 1975, becoming the longest-running live-action series in history.

Starring as Quint Asper, MeTV Remembers Burt Reynolds in his 1960s role on the popular Western series that helped to propel him to television and film stardom. In honor of the beloved actor who passed away September 6 at the age of 82, MeTV will air some of his “Quint-essential” memorable performances, starting with the first Gunsmoke episode that introduces his character, “Quint Asper Comes Home,” and ending with the “The Crooked Mile,” reportedly Burt Reynolds’ favorite episode of the series.

In Gunsmoke, Reynolds played a Native-American blacksmith during the settlement of the American West. He appeared in 50 episodes from 1962-1965. Gunsmoke is the longest-running, primetime live-action TV series of the 20th century and spans 635 episodes. It remained among the top 20 highest rated television programs for 15 of its record setting 20 seasons.

Transitioning to Hollywood films, Reynolds’ charisma and sex-appeal made him a major movie star in the ’70s and ’80s. Early on his characters were often one of the good ol’ boys or rugged action heroes, and later he tapped a comedic side. Notable films include Deliverance, The Longest Yard, Smokey and the Bandit, Cannon Ball Run, Best Friends and Boogie Nights.

Reynolds was nominated for numerous awards during his long career, and in 1992 he won an Emmy Award and a Golden Globe award for his starring role in the TV series Evening Shade.

Tuesday, September 11, 1pm ET/PT
“The Renegades” Season 8, Episode 18
Quint is convinced that white bandits are responsible for trouble in Dodge, not Indians.

Thursday, September 13, 1pm ET/PT
“Quint’s Trail” Season 9, Episode 7
A girl traveling through Dodge City falls for Quint, but her intentions may not be pure.

“Comanches is Soft” Season 9, Episode 23
Quint and Festus fall for the same girl while out of town, and her jealous boyfriend is not happy.

What do you think? Are you a fan of Burt Reynolds? Will you watch MeTV’s Gunsmoke marathon?

I have been waiting for days to see the Burt Reynolds episodes of Gunsmoke. I had a big crush on him when he was on Gunsmoke and even got an autographed photo from him, the only time I ever wrote to a celebrity. Sadly, Gunsmoke was not on today. I was so disappointed.

Yes. A fan of Burt Reynolds. He will be missed.