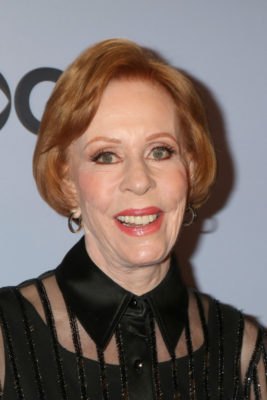 “It was like catching lightning in a bottle.” Recently, CBS released new previews for the upcoming Carol Burnett 50th Anniversary Special.

What do you think? Are you a fan of The Carol Burnett Show? What’s your favorite moment from the variety series?

I love you Carol and I’ve laughed with you for years. Happy Anniversey!

I loved the Special and all the guest. Love the show back in the day also. Wondered why Tim Conway made no appearance is he not well? Dick Van Dyke or Cher also would have bee a great add. Also Betty White. They were on the most I think. Know They are up in age also and still must be very busy.

Hi Ms. Burnett. I’m watching your 50th Anniversary Special and loving it. One thing I’ve always wondered is why The Carol Burnett Show has never been shown in reruns or syndication? I am pretty sure it would the mostly popular show on TV…again!

Great show, so refreshing to have good clean comedy without the personal politics and constant bashing from celebrities. Thanks Carol you’re a class act.

i loved loved the show from day one and never even missed a re-run….i didnt miss a minute of the special tonight…..the show had the best in the business…they were great and i’m sorry that kids and people today will miss something so special…..it was pure LOVE….

So funny. A good reason to put down the tablets and watch.

Where are Tim Conway and Dick Van Dyke?

What I loved about the Carol Burnett Show “back-in-the-day” was how organic it was. It was live and though rehearsed, often didn’t go quite as planned. That was what made it fun. This special, and the interactions with the guests, is very rehearsed. Seems plastic… hate to say this…I really do.