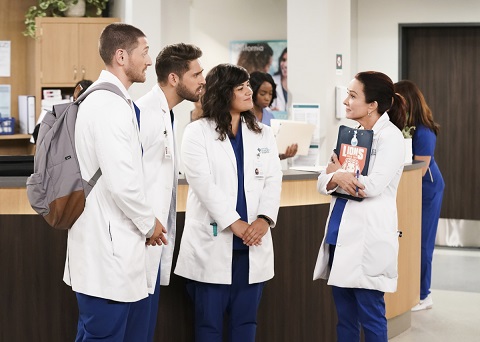 Read more info about Carol’s Second Act from CBS below:

What do you think? Are you a fan of Patricia Heaton? Will you check out her new series?

I would love to watch any show featuring Patrica Heaton. She is a wonderful actress. Can’t wait to check it out!

Would love to see Patricia again, tired of the so called reality singing shows

We love Patricia is all of her endeavors. I wish her good luck and am looking forward to seeing this.

We were also sorry The Middle ended… loved it. Yes, we’ll certainly tune in to see Ms Heaton. Now, what happened to the kids from the Middle? The dad is now on Abbey’s place…. and that show is awful!

We love Patricia! Looking forward to her new show.

Love her TV shows! I watch reruns of Everybody Loves Raymond every night!

I am thrilled Patricia Heaton has a new series. She has always been a favorite of mine and I feel certain this will be well received.

Love her, will definitely be looking forward to watching her again !!

I was so disappointed when the Middle was cancelled…and then “Sue Sue in the city” with Eden scher from the Middle..was also cancelled..I will be excited to see what Patricia Heaton is up to next ..I hope it is as relatable as her other 2 hits….most of us mom’s of older kids..don’t have the funds to raise them & put them in college..and then much less ourselves !!! Just sayin….

I will watch anything Patricia Heaton is in…she is a very talented, cool, and relatable woman. /actress.

I will be watching, she my favorite! Cannot wait!

Definitely worth a watch!