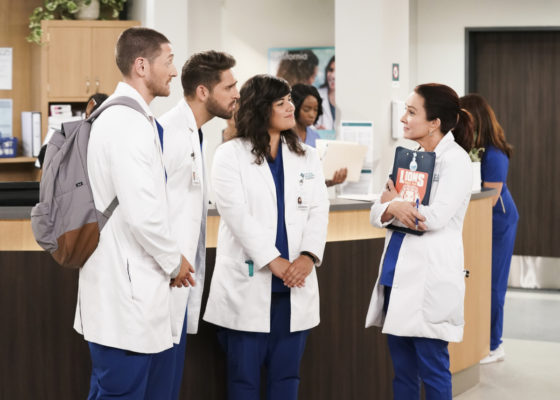 Does Patricia Heaton have another hit? Has the Carol’s Second Act TV show been cancelled or renewed for a second season on CBS? The television vulture is watching all the latest cancellation and renewal news, so this page is the place to track the status of Carol’s Second Act, season two. Bookmark it, or subscribe for the latest updates. Remember, the television vulture is watching your shows. Are you?

Will CBS cancel or renew Carol’s Second Act for season two? Because this sitcom stars a proven performer, Heaton, CBS has given this series time to find an audience. However, with the soft ratings, this show’s future isn’t looking bright. I think it will be cancelled. I’ll update this page with breaking developments. Subscribe for free alerts on Carol’s Second Act cancellation or renewal news.

5/6/20 update: Carol’s Second Act has been cancelled on CBS.

What do you think? Were you hoping the Carol’s Second Act TV show would be renewed for a second season? Are you sorry that CBS cancelled this TV series, instead?

This it total BS. They cancel the show that had a good story line and an excellent cast. But others they renew. I don’t even watch prime time TV anymore. I’d rather watch reruns. The only decent prime time sitcoms left are The Goldbergs and Mom. Right at the moment I can’t think of any others since Modern Family is done. And enough of all the cop shows! The reality shows are just getting old. I deal with reality on a daily basis…I want mindless, funny entertainment. I don’t need murder and rape and all that crap. There is enough… Read more »

I am really disappointed Carol’s Second Act was cancelled. I DVR’d the series and watched every episode. I thought the characters were developing nicely and the storylines were much more than an ‘average’ sitcom. I truly watch only a few network shows, this one and Blue Bloods are the only ones that come to mind. I hope another network picks up this show. It deserves another season.

YES!! Thrilled it’s cancelled. Another ‘over the top’ comedy is gone. When will they stop trying these over acted comedies? They don’t work, & are just annoying.

Because I’m a fan of Patricia Heaton, I really wanted to like this show; however I just found myself trying to stick with it. I was determined to discontinue watching if it was renewed for a second season, but thankfully it started to pick up towards the end. I will definitely watch if Kelsey Grammer joins the cast.

Really enjoyed Carol’s Second Act. Please bring it back in the fall!

I really enjoyed the show and the cast. The show was hilarious but it also boosted older women. Many shows lead roles are people in their 20’s or 30’s but this series capitalizes on the mature woman. Wishing the series returned

My husband and I really enjoy this show. Please don’t cancel it!

I love Carol’s Second Act! Please renew this show for a second season.