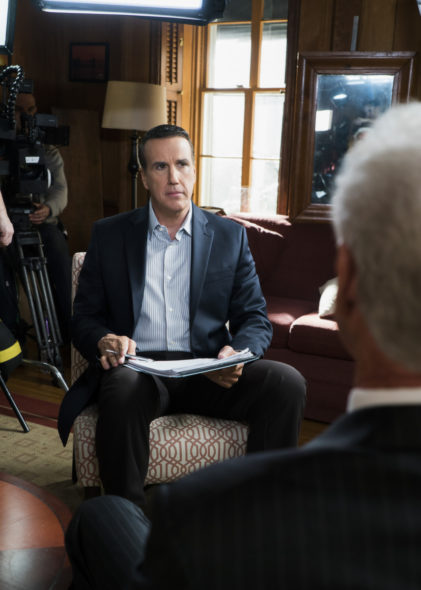 Is Alex Ferrar still pursuing the truth? Has the Whistleblower TV show been cancelled or renewed for a second third on CBS? The television vulture is watching all the latest TV cancellation and renewal news, so this page is the place to track the status of Whistleblower, season three. Bookmark it, or subscribe for the latest updates. Remember, the television vulture is watching your shows. Are you?

A CBS true crime show, Whistleblower is hosted by attorney Alex Ferrer, a former judge and police officer. The docu-series delves into “David vs. Goliath,” stories of everyday people who risk it all to call out crimes and other dangerous behavior by greedy corporations.

The second season of Whistleblower averaged a 0.37 rating in the 18-49 demographic and 3.61 million viewers. Compared to season one, that’s up by 2% and 37%, respectively. Find out how Whistleblower stacks up against the other CBS TV shows.

Will CBS cancel or renew Whistleblower for season three? The ratings are up but still quite low overall. Still, this series is likely relatively inexpensive to produce. I think CBS will renew the series but the network could certainly cancel it and replace it with some other low-cost programming. I’ll update this page with breaking developments. Subscribe for free Whistleblower cancellation or renewal alerts.

What do you think? Should the Whistleblower TV show have been renewed for a third season? Are you sorry that it’s been cancelled, instead?

I only seen 3 episodes,and forgot the time and network it was on,my bad, however,I enjoyed it very much ,courageous souls obeying their conscience. It was a delight to see the slime get taken down,and it opens your eyes to what is going on under the radar.The show should be advertised more,then the ratings would rise,it’s real dope and not some mindless sitcom crap.We the people need to stay vigilant and this show does that.

Please keep that show on the air instead of some of the other crap you put on. that is a good show about the ordinary people trying to do the right thing.

Please renew The Whistleblower. It really tells the truth about corporations.

Please renew Whisle Blower, it’s one of the best shows on cbs. Thank you.