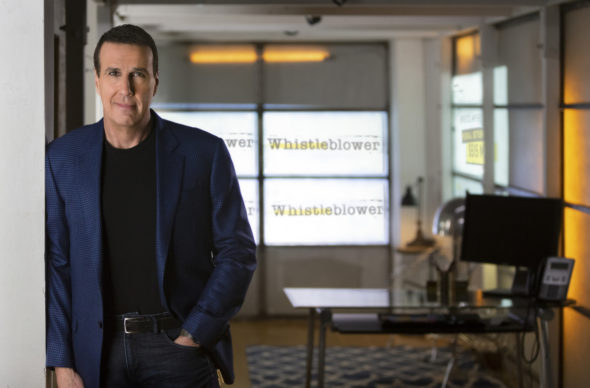 Is Alex Ferrar still on the case? Has the Whistleblower TV show been cancelled or renewed for a second season on CBS? The television vulture is watching all the latest TV cancellation and renewal news, so this page is the place to track the status of Whistleblower, season two. Bookmark it, or subscribe for the latest updates. Remember, the television vulture is watching your shows. Are you?

A CBS true crime show, Whistleblower is hosted by attorney Alex Ferrer, a former judge and police officer. The docu-series delves into “David vs. Goliath,” stories of everyday people who risk it all to call out crimes and other dangerous behavior by greedy corporations.

The first season of Whistleblower averaged a 0.36 rating in the 18-49 demographic and 2.64 million viewers. Find out how Whistleblower stacks up against the other CBS TV shows.

Will CBS cancel or renew Whistleblower for season two? The ratings are very low but the series is likely relatively cheap to produce. It could go either way. I’ll keep an eye on the Nielsens and update this page with breaking developments. Subscribe for free Whistleblower cancellation or renewal alerts.

5/17/19 update: CBS has renewed Whistleblower for a second season.

What do you think? Are you glad that CBS has renewed its Whistleblower TV show for season two? Are you surprised that this TV show wasn’t cancelled?

I have enjoyed Whistleblower. It brings to light things I otherwise wouldn’t hear about. As scary as of these truths are, it is good to know that there are those people out there who truly care about
” us” who need to be aware of what is really going on.

Please do not cancel the program Whistleblower. It is very informative and interesting. The public should know the corruption going on in the companies.

This was one of the best shows.fascinating & very informative.please come back!

I love the whistle-blower show.don’t cancel

Great show very inspiring. Wish more shows were like this one.

I love Whistleblower!!! With 90% of what’s on TV being crap; finally, a show that’s interesting, exposes corruption and seeks to find TRUTH! Alex Ferrer is awesome; a cop, lawyer, and judge always seeking truth, we desperately need more people like him in this corrupt world! Please do not cancel this show! Air it on a different night for higher ratings- people go out Friday nights and miss the show. I’m sick and tired of the gazillion reality shows with narcissistic morons getting drunk, and hopping into bed with anybody and everybody! Please, please, please networks, let’s get some morality… Read more »

Dont cancel Whistleblower This a bery good show’ Judge Alex is really awesome in tjis show! By the way are you needing more stories?

I think Whistleblowers is the best program on television! I certainly hope it isn’t cancelled.