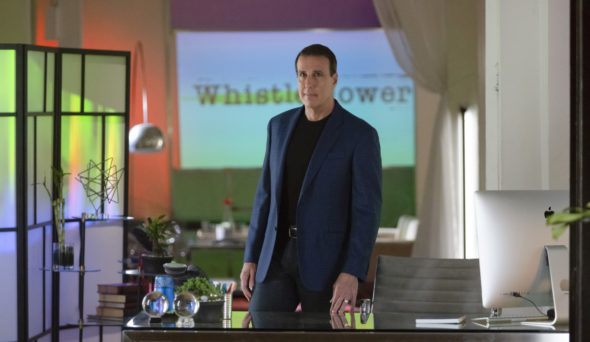 TV show description:
From senior executive producer Susan Zirinsky and executive producers Alex Ferrer and Ted Eccles, the Whistleblower TV show is part of the CBS Entertainment’s true-crime programming. Hosted by Attorney Ferrer, a former judge and police officer, the docu-series delves into “David vs. Goliath,” stories of everyday people who call out crimes and other dangerous behavior by big corporations.

Each hourlong episode of Whistleblower shines the spotlight on cases in which the average citizens put everything at risk, in order to keep others from being harmed or worse — by blatant corporate greed.

In 2005, Bunnatine ‘Bunny’ Greenhouse was selected for the top civilian post in the U.S. Army Corps of Engineers, responsible for approving all outside contracting. It was a far cry from her humble beginnings in rural Louisiana, but what should have been the pinnacle of her civil service career became something much darker.

Greenhouse spoke out about a $7 billion contract called ‘Restore Iraqi Oil,’ which was to help rebuild Iraq’s oil infrastructure in the wake of the U.S. invasion of that country. Greenhouse felt that the contract, which was awarded to KBR, a subsidiary of the oil services company Halliburton, was uncompetitive and overly generous in budget and duration. In addition, there was documented evidence suggesting that the office of Vice President Dick Cheney – who had formerly served as the CEO of Halliburton, KBR’s owner – had exerted influence in assigning the contract.

Greenhouse says that, because of her opposition to the contract, she was retaliated against, demoted, and ultimately, in an act of physical intimidation, someone rigged a tripwire in her office, causing her to suffer a serious accident. Refusing to let the “good ol’ boys” club get away with their violations, she filed a federal whistleblower lawsuit.

Host Alex Ferrer examines the case against the U.S. Army Corps of Engineers, and a second story about a pharmaceutical company that illegally marketed addictive opioids for treatments not approved by the Federal Drug Administration, resulting in serious danger to patients – allegedly including a number of fatalities.

Whistleblower Bruce Boise was a pharmaceutical rep for Cephalon Inc. who, in 2002, refused to follow company-ordered sales strategies to convince doctors to prescribe several drugs for “off-label” uses unapproved by the Federal Drug Administration. One of the drugs was a pain-killing lollipop called Actiq.

Actiq, whose active ingredient is the powerful opioid Fentanyl – implicated in the death of the musician Prince – is a lollipop that relieves extreme pain and is FDA-approved only for cancer patients in acute pain. Cephalon was pushing its reps to market it for off-label uses, such as treatment for migraines and lower back pain, to doctors who were not pain specialists.

Starting in early 2003, Boise agreed to wear a wire and do undercover work for the FDA’s Office of Criminal Investigation (OCI), gathering evidence of Cephalon’s illegal, off-label marketing practices. Later that year, he was fired from his job and then blackballed in the pharmaceutical world. Divorced with three children, he was forced to sell his houses before they went into foreclosure and his cars were repossessed. To earn a living, he painted houses with his son before he injured both of his shoulders, did renovations, and ended up flipping burgers at county fairs.

What do you think? Do you like the Whistleblower TV series? Should this CBS TV show have been cancelled or renewed for a third season?

I love the show it’s my favorite!

On Ferrer’s former show, Judge Alex, he utilized a wicked and/goofy sense of humor. That charm is missing from Whistleblower. It could be re-tooled to give him time at the end for a version of his Ridicu-list or State of the Cartoonian.

CBS might not be the best delivery system. Friday night? That’s not a good day/time slot. Maybe HLN, ID, COURTv would serve him better.

I think it is a good idea for a TV true crime docuseries. Friday PM might not ne thr best day/time slot. I don’t feel CBS has gotten behind the show strongly. Does it need re-tooling? Prehaps it needs a different channel. HLN, ID, Court TV?