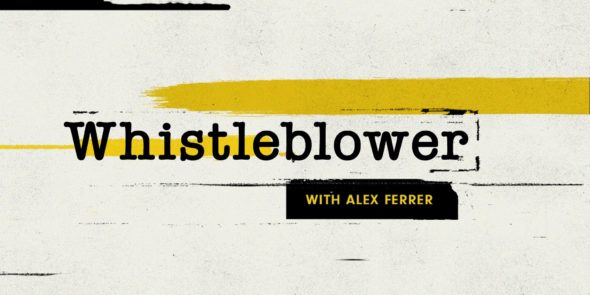 Last summer, the Whistleblower TV show premiered on CBS. While its Nielsen ratings were nothing to write home about, it did manage to best a couple of scripted dramas and escape cancellation. Now that it is back on the Tiffany Network for a second season, can it build up its audience and ensure a return? Will Whistleblower be cancelled or renewed for season three? Stay tuned. *Status update below.

A CBS docu-series, Whistleblower is hosted by attorney Alex Ferrer, a former judge and police officer. The true-crime show delves into “David vs. Goliath,” stories of everyday people who risk it all to call out crimes and other dangerous behavior by greedy corporations.

For comparisons: The first season of Whistleblower on CBS averaged a 0.36 rating in the 18-49 demographic and 2.643 million viewers.

What do you think? Do you like the Whistleblower TV series? Should it be cancelled or renewed for a third season on CBS?