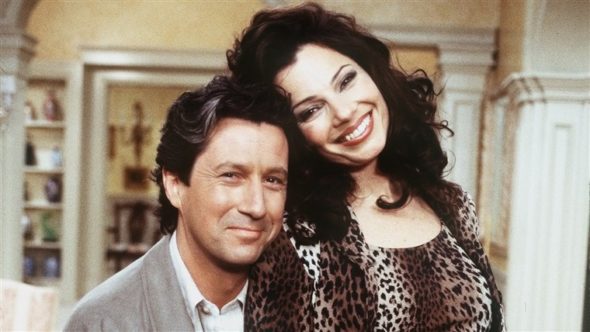 Fans of The Nanny have a big surprise coming next week. The majority of the cast is reuniting for a virtual performance. The cast will do a table reading of the pilot of the series, per Variety.

Fran Drescher teased an announcement incoming on her Twitter account after a fan of the CBS series asked for it to be released on one of the streaming platforms.

In a statement, Drescher said the following:

“Laughter is the best medicine! So, in these challenging times, Petah and I thought, wouldn’t it be great if we pulled together the original cast of The Nanny for a virtual read of the pilot?“ It’s a once in a lifetime Pandemic Performance for our fans around the world who are currently stressing in isolation and could use a real upper! It sure has given each of us a lift and we hope it does for you as well.”

What do you think? Will you watch this special event?

Absolutely!! I have been watching reruns of “The Nanny” on Cozi TV. The best cast and I thoroughly enjoy all of them.
I would really like to see this series reborn again.

Yes looking forward to seeing everyone.

Yes i was a big fan

I am a huge fan I love the show

I will absolutely watch it. That show was fun.

I will definitely watch the Nanny with Fran & Mr. Sheffield. However, and I love Fran Drescher, could live without the new show Indebted.

I’m excited and will DEFINITELY watch it!!!!

I’ll check it out for sure