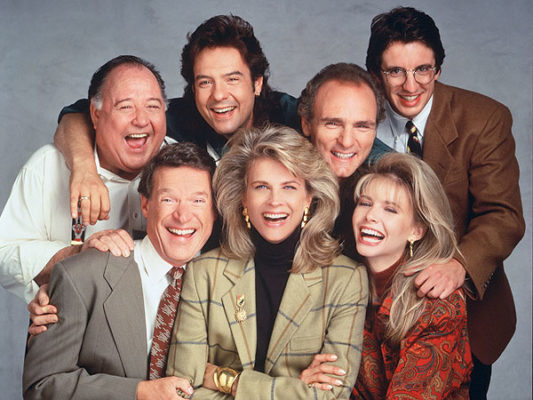 What does the cast of Murphy Brown look like now? Recently, Candice Bergen posted a photo of the cast reuniting for CBS’ upcoming reboot series, Deadline reports.

Take a look at the cast below:

What do you think? Are you a fan of Murphy Brown? Will you watch the reboot?

I think the reboot I’m most interested in seeing is the “Murphy Brown” reboot, because the backdrop of journalism and politics which was the setting for the original show is ripe with interesting stories in this day and age. And I’m THRILLED to see Grant Shaud back in the reboot, because I’m long felt that MB lost something important in the dynamic of the show when Grant Shaud left. I like Lily Tomlin in other shows, but her in the final 2 seasons of MB instead of Grant lacked the brilliance of earlier seasons. That said, the sheer volume of… Read more »