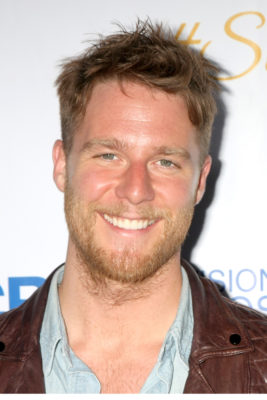 On CBS‘ Murphy Brown reboot, McDorman will be playing Murphy’s journalist son, Avery (originally played by Haley Joel Osment). Joining McDorman is Nik Dodani as “Pat, the director of social media for the news show who is tasked with bringing Murphy and the gang into the 21st century.”

Jake McDorman (“Limitless,” “Lady Bird”) and Nik Dodani (“Atypical”) will join the cast of MURPHY BROWN when it returns to CBS for the 2018-2019 broadcast season.

CBS has given a 13-episode, series production commitment to a current-day revival of the Network’s classic comedy from Warner Bros. Television. As its 30th anniversary approaches, MURPHY BROWN returns to a world of cable news, social media, fake news and a very different political and cultural climate.

McDorman will play Avery, Murphy’s millennial journalist son who is following in his mother’s footsteps, perhaps too closely, and has his mother’s competitive spirit and quick wit.

Dodani will play Pat, the director of social media for the news show who is tasked with bringing Murphy and the gang into the 21st century.

Warner Bros. Television, producers of the original series, will produce the new multi-camera comedy with original creator Diane English serving as writer/executive producer through her Bend in the Road Productions banner. Bergen will also be an executive producer.

In 2010 TV Guide named Murphy Brown one of the “25 Greatest TV Characters of All Time.”

What do you think? Are you a fan of the original Murphy Brown series? Will you watch the CBS reboot?

Murphy Brown was hands down one of the best comedies ever! Eldon was a big part of the success ~ I hope he’s returning?
Wouldn’t miss this!

Sadly, Robert Pastorelli as Eldin can’t return; he passed away of a drug overdose in 2004. So sad.

Not surprised they didn’t bring back Osment! he looked like a homeless guy on the X Files!