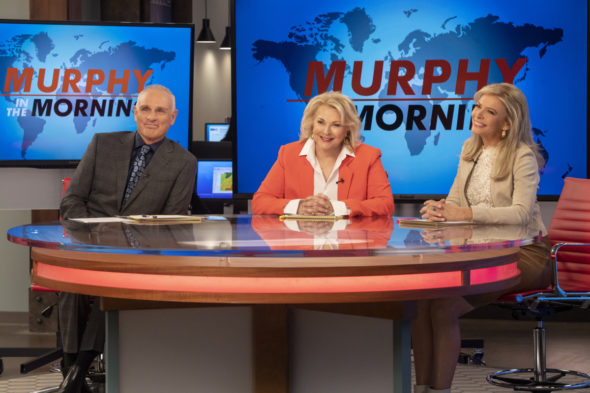 Is Murphy back to stay? Has the Murphy Brown TV show been cancelled or renewed for a 12th season on CBS? The television vulture is watching all the latest TV cancellation and renewal news, so this page is the place to track the status of Murphy Brown, season 12. Bookmark it, or subscribe for the latest updates. Remember, the television vulture is watching your shows. Are you?

The 11th season of Murphy Brown averaged a 0.83 rating in the 18-49 demographic and 6.07 million viewers. Find out how Murphy Brown stacks up against the other CBS TV shows.

Will CBS cancel or renew Murphy Brown for season 12? The ratings are poor so I’m pretty sure this revival will be cancelled. Could this series still survive somehow? I’ll update this page with breaking developments. Subscribe for free Murphy Brown cancellation or renewal alerts.

What do you think? Did you enjoy the Murphy Brown TV show revival on CBS? Should it have been cancelled or renewed for a 12th season?

Whoever cancelled this is in huge trouble because I thought Candice Bergen deserved to do Murphy again after all these years and be thankful for her about this show! Look out because Murphy Brown is coming to investigate you!

I love the show. It is funny and intelligent. Not mindless and sappy like so many other shows. It is relevant to what is happening right now and does not shy away from taking a stand.

Please do not cancel this show. Thought it was great. Up to date sarcastic jabs,
Lots of laughs, great actors. Having Hillary appear was fantastic.
Show deserves another chance.

Please renew this show. Loved the older version, love this one more.

Murphy Brown is awesome! The original and the reboot. They can’t keep cancelling the good shows, I mean come one people! We finally get some good tv shows again and they keep canceling. Why? MurphyBrown is a thousand times better then those STUPID reality shows.

I loved the reboot and I loved the original. Looked forward to it every week. I most sincerely hope it will have another season!