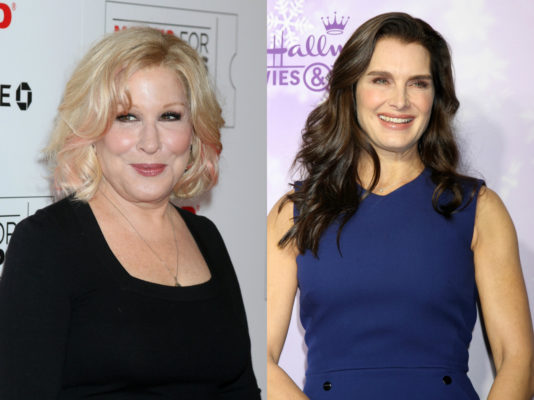 Some big stars are coming to CBS. This week, the network announced Bette Midler, Brook Shields, and more will guest star on Murphy Brown.

· Bette Midler reprises her role 20 years later as Caprice Morton, previously known as Caprice Feldman, Murphy’s former secretary. Though now Caprice has a surprising new connection to Murphy, making her, if possible, even more entitled and unbearable. Midler will appear in the Thursday, November 8, episode.

· Brooke Shields will play the role of Holly Mackin Lynne, a woman who has been in a coma for years and finally wakes up. One of Corky’s (Faith Ford) good friends from her beauty pageant days, Holly’s ordeal was dubbed The Sleeping Beauty Case 10 years ago, but was never resolved. Shields will appear in the Thursday, November 15, episode.

· Katie Couric will re-appear on Murphy Brown as herself. Last viewers saw her in 1992, she was attending Murphy’s baby shower. In the Thursday, November 8, episode, Couric will be seen hosting a Lifetime Achievement event and running into her old friends, Murphy (Bergen) and Corky (Ford).

· Peter Gallagher will play the role of a conservative right-wing news anchor John Haggerty for the WOLF Network, covering an election with Avery Brown (Jake McDorman). He is also a notorious manspreader. He will appear in the Thursday, November 1, episode.”

What do you think? Are you watching the Murphy Brown revival? Do you want another season?

great show. very mature comedy not like these childish comedies the networks try to shove down our throat. Was a big fan in the 90’s and I’m still a big fan. Glad its be revived

I think Murphy Brown is a fantastic show, and all the actors on the shows are great.
I will definitely watch it.