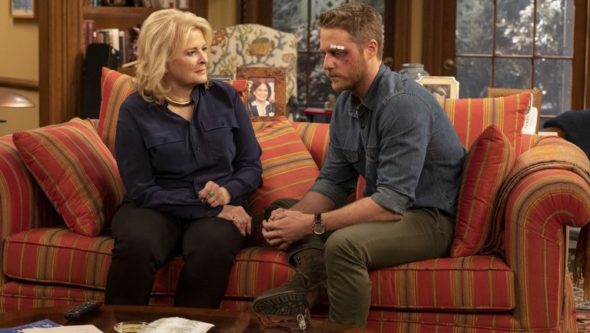 It’s farewell to Murphy Brown, for a second time. The revival of the long-running CBS sitcom from the 1990’s has been been cancelled. There won’t be a 12th season — unless there’s another revival some day in the future.

What do you think? Did you enjoy the Murphy Brown TV show on CBS? Are you sorry that it’s been cancelled? Would you have watched a 12th season?

Networks constantly lack the ability to promote shows, especially reboots. It was gone before I could tune in. Hope I catch streaming episodes.

So sad to see the smartest show on tv go. Please reconsider!

I love Murphy Brown! then and now. I am very sad that it was cancelled. It was a very intelligent series in a world of insipid reality shows, this was something worth viewing. People do not watch tv to make them think any more.

I loved when it came back on, I hate that it was canceled.

I was a fan of Murphy Brown years ago and I thought this one was very funny too! Nice to have her back even though it wasn’t given a chance. Good casting for the new characters too.
Candace still has great comedic timing. I hate starting shows only to have them yanked so soon. Netflix may be the only way to go

Please reconsider renewing Murphy Brown! I discovered it late after the season started, and it became my favorite show. Love the little wheelie doggie, too!

I loved watching Murphy Brown. It made me laugh and cry. There are not many shows out here that are worth watching but I did look forward to seeing this show

One of the highlights of the season. I laughed every week. Please reconsider and bring it back.

Please, please don’t cancel Murphy Brown,!it was one of the few shows that brought laughs and wit back to TV.

I am very upset This was the only comedy I watched