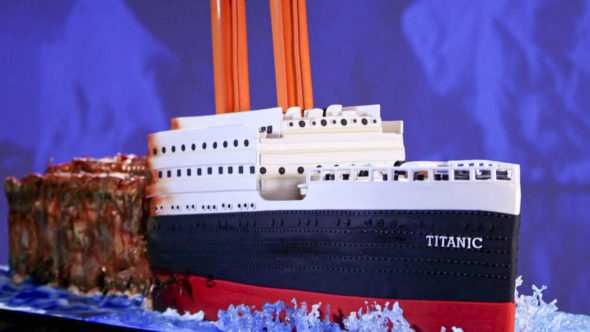 Food Network is headed back to Sin City. Today, the network announced Vegas Cakes will return for a second season next month.

The series documents the work of Freed’s Bakery, a Las Vegas staple that’s been creating cake masterpieces for nearly 60 years.

NEW YORK – March 16, 2018 – Vegas Cakes returns to Food Network for a new season of thirteen episodes premiering Monday, April 2nd at 10pm ET/PT. Freed’s Bakery has been a local staple in Las Vegas for almost 60 years, showcasing their famous cakes and out-of-this-world edible masterpieces that so perfectly commemorate any type of special occasion. Though Freed’s may seem like an ordinary neighborhood bakery at first glance, the team, including owner Max Fried and operations manager Sarah Fusco, keep the family tradition alive creating outrageous cakes from the secret backroom of the bakery. Over the course of the second season, the artisans at Freed’s entertain and wow their clients with exquisite and unique creations, including everything from a realistic whale of a cake covered in 24k gold to a blinged-out audacious masterpiece for legendary entertainers Donny & Marie, and from a massive hockey-themed cake for the hottest professional hockey team in town to a magnificent mountain range complete with running rivers.

“Freed’s Bakery epitomizes so much of what makes Las Vegas such a dynamic destination with their show-stopping cakes that have been dazzling customers for three generations,” said Courtney White, Senior Vice President, Programming, Food Network, Travel Channel and Cooking Channel. “Week after week, Vegas Cakes delivers straight to viewers’ homes a first-hand look at the masterful creativity and magic of Freed’s culinary creations that embody their vibrant hometown.”

Vegas Cakes promises even more edible decadence across Food Network’s digital platforms with social videos and images spotlighting the culinary works of art. Viewers can also go behind the scenes for even more cakes, as well as find additional videos and browse photo galleries at FoodNetwork.com/VegasCakes. Follow along using the hashtag #VegasCakes on social media to share which cakes you think are the most outrageous!”

What do you think? Have you seen Vegas Cakes? Will you watch season two?

Show is great. Will absolutely watch season 2. Just one comment though…..why does almost everyone cut such ginormous pieces?. Seems like such a waste of beautiful cake.