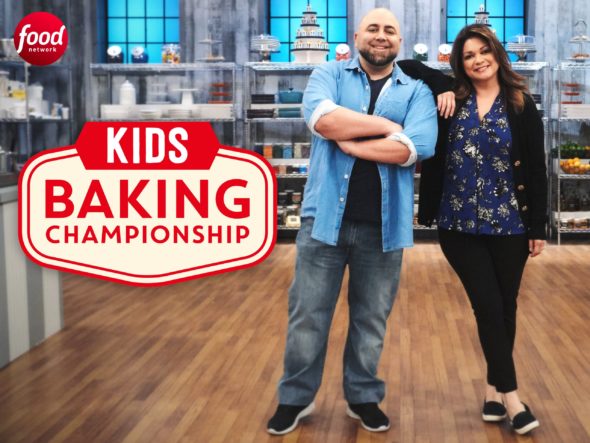 Kids Baking Championship is coming back for a brand new season in January. Viewers will get to see kids battle it out in the kitchen as they bake their wonderful creations.

Food Network revealed more about the new season of Kids Baking Championship in a press release. Check that out below.

“Valerie Bertinelli and Duff Goldman return to test the skills of twelve new talented young bakers to see who will measure up on the new season of Kids Baking Championship, premiering on Monday, January 6th at 9pm ET/PT. Over the course of ten weeks, the kid bakers, ranging in age from 10 to 13, will whisk through new confectionery challenges. The one with the most delectable desserts will rise to the top and earn $25,000, a feature in Food Network Magazine, and the title of Kids Baking Champion!

“The return of Kids Baking Championship is the sweetest way to kick off the New Year, as viewers delight in watching the competition together as a family,” said Courtney White, President, Food Network. “The new season promises more laughter and fun with Duff Goldman and Valerie Bertinelli, as well as impressive desserts from the kid bakers.”

Throughout the season, the kid contestants show off their creativity and baking talents in tough challenges that even seasoned experts would find difficult. From 3D dinosaur cookies, to Neapolitans desserts, to ice cream cone cupcakes, and trifles, they will be tested on their baking and decorating abilities to impress Duff and Valerie with the taste and presentation of their sweet treats. The bakers will also have to tackle other delectable desserts including creative fruit cakes, potato print cookies, and the classic dessert imposter challenge returns as well, with a new surprising twist.

On the premiere, Duff and Valerie take the bakers back to the groovy 1970s to test their cake decorating abilities by challenging them to create shag texture cakes. Each baker will select a cake flavor that they must bake from scratch before they can begin designing and decorating. The baker that crumbles under the pressure will be eliminated. On Monday, March 9th at 9pm ET/PT, the championship concludes as one talented baker will take the cake and the prize in the grand finale.

What do you think? Do you plan to check out the new season of Kids Baking Championship in January?

When will the final kids bake off be on dish. It said Monday, March 9. It is not showing on my guide or in my TV guide book. Is there a typo or can you let me know when it is on. The last three finals are Grayson, Sam, and Reggie. Thank you

Can’t find final bake-off for Grayson , Sam & Reggie on my dish for Monday March 9th. Where will it be shown when the final is on?